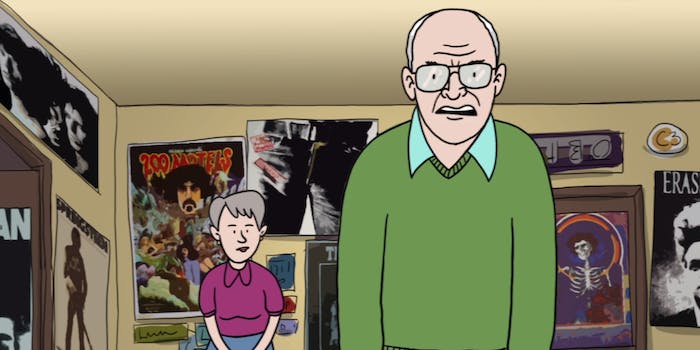 A guy secretly recorded an argument with his parents in 1985, and someone animated it

Prepare to feel like a teenager all over again.

No matter how good you were at following orders as a teenager, you undoubtedly remember a time when you and an authority figure butted heads. For Mike Cohen, those authority figures were his parents, and from the age of 12 through 28, he regularly recorded their arguments without their knowledge.

Now, one of those epic debates has been brilliantly animated by Rodd Perry, and it’s just plain awesome.

“Mostly, I always thought of my dad as a grumpy old Jew,” Cohen says in a clip recorded by Ethan Minsker that sets up the backstory. Though Cohen says he began recording when he was just 12 years old, the bickering heard in the video actually comes from a visit home during college, when his parents refused to accept the amount of “stuff” in his room.

It’s a wonderful little chunk of nostalgia that will surely bring back memories for many. We can only hope some of the rest of Cohen’s recordings get a similar treatment, because this small taste just leaves us wanting more.