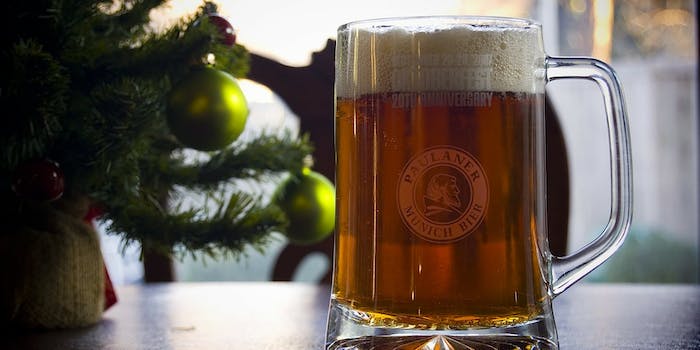 Oktoberfest bro drinks his own beer vomit because bro

The drinking bro trinity: shotgunning, keg stands, and drinking your beer after you regurgitate it.

OK, so I might not formally know the official booze gospel of bro-hood, but one bro captured on film at last year’s Oktoberfest most definitely did vomit up some ale only to pound it down again, in true bro fashion. Meanwhile, the people next to him don’t look so pleased to see what’s going on.

It’s unconfirmed if this bro finished drinking his round of yakked-up brew. We really hope not!