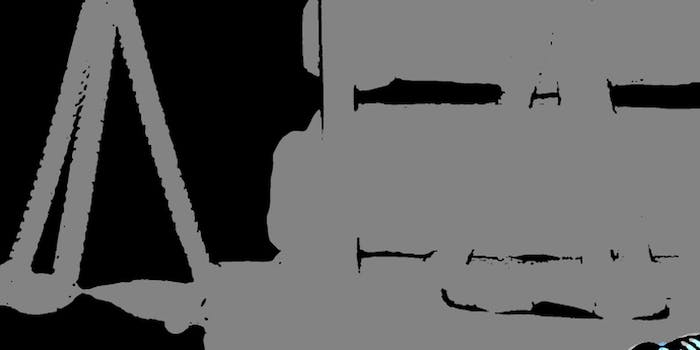 Do we care about Brittany Maynard’s right to die because she’s hot?

It's time to ask the tough question.

In 12 days, Brittany Maynard will likely die. The pretty, bubbly 29-year-old has become the current face of the Death With Dignity movement, offering assisted suicide for terminally ill patients, after an op-ed she wrote for CNN about why she’s choosing to end her life through physician-assisted suicide went viral.

In the past week, Maynard’s face and wedding photos have been splashed across national and cable news shows and blogs; she’s even appeared on the cover of celebrity gossip magazines who normally don’t traffic in stories such as these, as her story has sparked renewed debate around a person’s right to die. Regardless of where you stand on assisted suicide, an issue as controversial as this deserves careful thought before being opined on, and one thing becomes glaringly obvious the more I read about her story: We care about Brittany Maynard because Brittany Maynard is beautiful.

To be clear, I’m not indicting Maynard, and I don’t want to detract from the incredibly important debate she’s reignited, either. This is an indictment of our American media climate. Maynard is not the first person to write an op-ed in favor of death with dignity or to do so with such incredibly eloquence. This was the argument a friend made to me last week when I asked her the tough question that’s been on my mind: “Are we only paying attention because she’s hot and white?”

Then 64-year-old California resident Louise Schaefer became the face of the Death With Dignity movement in 2007 when she penned a letter to the Sacramento Bee defending her desire to use physician-assisted suicide to end her lengthy battle against Lou Gehrig’s disease (the full article is no longer available online, though an excerpt is available here). This was after Schaefer helped advance a bill in the California legislature that would have brought physician-assisted suicide to California (although the bill later failed in the state’s senate).

Schaefer’s words have been widely quoted in major news outlets, even up to the present day, and news-pegged to a time when the assisted-suicide bill was a hot topic in California, yet the 64-year-old never received the attention Maynard has. Last summer, the New York Times doubled down on its assisted-suicide coverage, publishing a lengthy feature chronicling the story of bioethicist and assisted-suicide advocate Peggy Battin, whose husband was kept alive by doctors after a debilitating accident left him quadriplegic and ventilator-dependent, despite his wishes for no extreme measures to be taken to save his life.

An op-ed columnist for the Times, Frank Bruni, also wrote about assisted suicide around the same time, arguing in favor of it while discussing the incarceration and prosecution of Pennsylvania resident Barbara Mancini, who helped her 93-year-old father Joseph Yourshaw end his battle with terminal illness.

Yet none of these other stories captured national attention the way Maynard’s has, and I understand why. News media needs to be sexy for people to care, and Louise Schaefer wasn’t sexy. The 93-year-old Joseph Yourshaw wasn’t sexy. Jack Kevorkian, America’s most famous advocate for physician-assisted suicide, performed over 130 assisted suicides and was certainly controversial, but “Dr. Death” definitely wasn’t sexy. Maynard? Her narrative is better because she photographs better. She’s only 29, married for just under a year. She and her husband have been trying to have children. Cancer is never not sad, but isn’t it all the more sad when it hits someone who is still in the prime of their life?

I don’t keep calling Maynard pretty and bubbly repeatedly in this piece to diminish her battle or condescend towards her incredibly in-depth portrayal of the difficult decisions that must be taken when it comes to assisted suicide. For example, I had no idea about the hurdles families have to jump through to establish residency and be eligible for death with dignity, even after moving to one of the three states (Oregon, Washington, Montana) that currently allow for assisted suicide, until Maynard wrote of them.

But look around at every news story recapping Maynard’s journey. Despite the copious amounts of video blogs and news interviews she’s sat for recently—ones where you can see the toll terminal brain cancer has taken on her body, including slowness of movement and cancer-related weight gain—many outlets choose to use old photos of Maynard, ones where she is laughing at her wedding or curled up with her husband on vacation, rather than ones that reflect how she looks now. In particular, People raised eyebrows among the celeb weekly editorial newsrooms when they ran an airbrushed and photoshopped picture of Maynard on their cover last week.

All of these concerted editorial choices are sending the same subliminal message: Maynard’s story is more media-worthy than other similar op-eds and news stories because she is beautiful.

Maynard is doing incredibly important work in the last weeks of her life, and sparking national debate, but it’s hard to shake the feeling that in a lot of ways, she is the Jon Benet Ramsey of assisted suicide, the radiant young pageant queen whose disappearance caused a media frenzy while thousands of girls disappear every year. It doesn’t make Brittany Maynard’s story, or life, any less important, but it does make me wonder why it took so long for such an incredibly fraught issue to really come back up to the limelight and what it says about us as a culture, that it took someone beautiful and young to put it there.