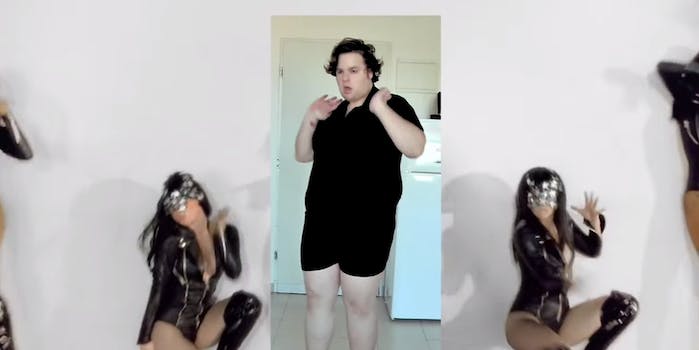 This guy perfectly edited himself into a Britney Spears video

He wants to get to work, b*tch.

It’s pretty difficult to out-Britney Britney Spears, but one guy’s determined to try.

Gal Volinez wanted to work it, so he edited himself over the pop singer in one of her recent music videos, “Work Bitch.” All he did was place a box over Spears whenever she was on-screen, but it’s a valiant effort. He copies every dance move, every lip synch, and he might even do it better.

And here’s the original for comparison.

Let’s hope he doesn’t try to out-Beyoncé Beyoncé next or the Beygency might be after him.