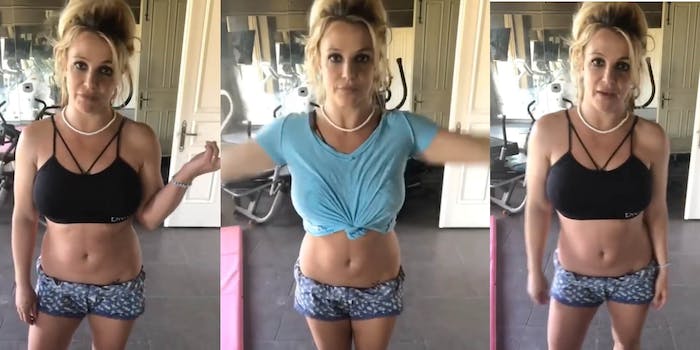 Britney Spears reveals she burned her gym down in Instagram video

In a weirdly relatable Instagram video, Britney Spears revealed that she burned down her home gym. But don’t worry, it was an accident!

The reveal came as part of the preamble to a workout video where Spears casually revealed she hasn’t been able to work out much lately after accidentally setting her gym on fire six months ago.

Apparently, Spears likes to light candles when she’s exercising and the flickering caused by her walking past on her way out led to the wall catching fire. This aspect of her story was heavily meme’d.

(The scent was most likely vanilla for those wondering.)

People were getting strong Buffy the Vampire Slayer vibes from the whole thing, remembering how Buffy had to move to Sunnydale after burning down her old school’s gym.

As well as feeling this perfectly captures the mood of 2020.

This is at least the third accidental candle fire Spears has had. Previous incidents include setting her parents bathroom on fire and then her apartment in New York. Lets hope things come in threes and this is the last one.