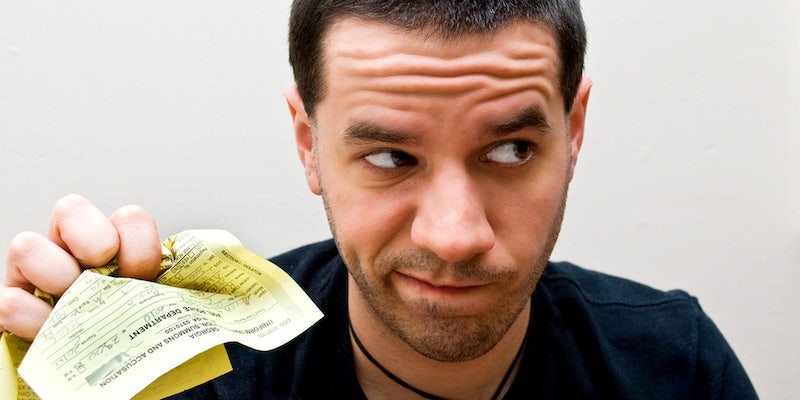 Justice is best served with hearts and smiles.

A logical response to a parking ticket, speeding ticket, or any other annoying fine from the government would be to fill a wheelbarrow with pennies, roll it straight down to City Hall, and drop the change on the mayor’s desk.

But that’s what they expect. The Man wants you to be angry. Municipal rage can power entire cities, after all. But redditor CapnHammered may have unlocked the key to a whole new power source for ticket-happy cities: Cuteness. The Lincolnshire man, busted for driving 35 in a 30 zone, paid his ticket with a stylish Bambi envelope.

Recently got a speeding ticket. This was the only envelope I could find, so I felt obliged to dot my i’s with little hearts.

For good measure, the Cap’n included a GIF proving he dropped the mail in the slot.

The envelope wasn’t cute enough for some redditors, who suggested CapnHammered should “fill the envelope with GLITTER!!!!!!!!!!!!”

In a single act of (cute) civil disobedience, CapnHammered schooled the government on how justice is served: It isn’t ice cold; it’s with hearts over the “i’s.”

If you have outstanding tickets to pay, these $24 Lisa Frank envelopes are the way to go.