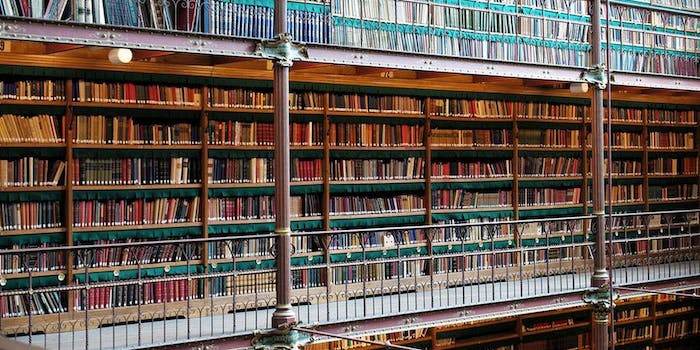 Officials invite reporters into secret facility where four centuries' worth of secret documents have been hidden.

Amid the chatter over Glenn Greenwald’s book and new National Security Agency revelations, the British government has come clean with some secrets of their own.

For the first time, a group of reporters were invited into the secretive archive at Hanslope Park, a high security facility where millions of government documents have been kept hidden from the public for years on questionable legal authority. Many of the documents, some of which date back nearly four centuries, include tales of horrendous colonial abuses, savage war crimes and foreign intrigue.

The facility is managed by the British Foreign & Commonwealth Office (FCO) and shared with intelligence agencies MI5 and MI6. A small group of reporters were invited in Tuesday as part of the FCO’s ongoing efforts to declassify the documents in accordance with the Public Records Act.

“Some of the documents in question date back to the 17th century; others contain incriminating evidence of murder and torture by British colonial authorities – another NSA splash waiting to happen, if headline writers thought that 200-year-old stories would sell,” writes Vice’s Katie Engelhart, one of the reporters who toured the archives.

“The meeting was a new chapter in a dramatic – if damning – tale of missing archives, imperial purge operations and allegations of high-level state cover-ups.”

The Hanslope Park complex, located in Buckinghamshire, was a stately country manor requisitioned by the Ministry of Defence in 1941 and turned into a hub for military operations in World War II. Now the facility is used for work on cyber security, referred to by some as the real life “Q Branch.”

But within this compound is a 22-year-old brown brick building housing the FCO archives. It’s a massive facility that, according to a report from the Guardian last October, houses some 1.2 million secret documents. The collection is so large that it could fill 15 miles worth of floor-to-ceiling book shelves.

Last year, it was discovered that the FCO was holding many of these documents in flagrant violation of the Public Records Act, which mandates that most government documents be made publically available 30 years after their creation. Months prior to this public revelation, Justice Secretary Chris Grayling did lend some half-hearted legality to the situation, quietly authorizing a public records exemption that gave the FCO the right to retain these files.

However, the government is now working to declassify the documents. Tuesday’s off-the-record tour with reporters was the first step. During the meeting, unidentified officials outlined their plan for releasing the documents. Some 60,000 “high priority” records will be reviewed and released in the next five years, while the FCO hopes to have “medium and low priority” files released by 2027.

But given the sheer volume of records, there’s some doubt whether the FCO can meet this timetable. Before the records are released to the National Archives, “sensitivity reviewers” must pour over them, redacting information where necessary. Though the FCO will hire 12 new reviewers to add to their current team of 26, it will still be a mighty task to undertake. A skeptical estimate from the Guardian, based on the pace of reviews so far, suggested it might take 340 years to clear the entire Hanslope Park facility.

So far it’s taken two and a half years to process some 20,000 colonial files related to the British rule of Kenya. These files were uncovered in a lawsuit that helped bring the Hanslope archives to light.

In 2011, a group of elderly Kenyans sued the FCO, claiming abuse at the hands of British colonial rulers. At the time, when asked for any relevant documents, the FCO denied having any. However, when further pressed, they admitted to unlawfully holding some 1,500 relevant Kenya files at Hanslope. That number was later modified to 8,800 and then eventually 20,000 undisclosed files related to 37 former colonies.

“The general response of historians of the British Empire upon hearing this was shock and amazement,” historian David Anderson told Vice.

The newly disclosed documents helped the Kenyans win their case against the British government. One of the files in question was a 1953 letter written by the attorney general of Kenya who said that detention facilities in that country were “distressingly reminiscent of conditions in Nazi Germany or Communist Russia.” The records also contained a telegraph accusing a British officer of “beating up and roasting alive” a native Kenyan.

This is just the tip of the iceberg, according to Engelhart, who writes that during her brief visit to Hanslope, she and her fellow reporters wandered “through rows of historic documents on shelves with labels like ‘Sierra Leone Arms Investigation,’ ‘Compensation of victims of Nazi persecution case files’ and ‘Sir Winston Churchill’s Messages of Sympathy.'” She also paged through a collection of “Slave Trade Correspondence” from 1858-1859 and perused the diary of Donald Duart Maclean, a British diplomat who operated as a Soviet spy in World War II.

The FCO didn’t start keeping records until 1800, when the first “Library and Keeper of Printed Papers” was appointed by the foreign office. Though the English Empire had existed for centuries, record-keeping is a relatively modern notion that came out of the enlightenment in the 1700s. However, it appears to have taken several more centuries to begin to get right.