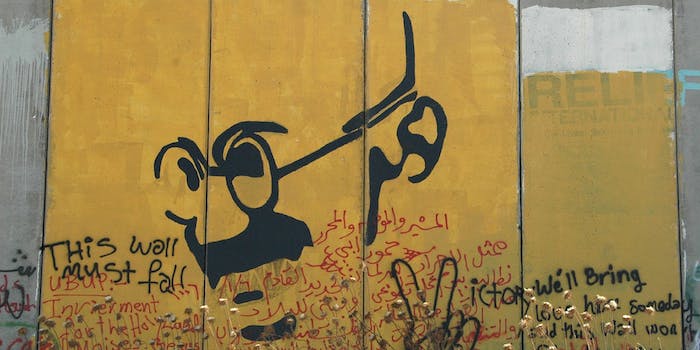 A month ago, the Twitter hashtag #BringBackOurGirls swept the world in a bid to save 223 schoolgirls held hostage in Nigeria. Now, there’s #BringBackOurBoys, but its meaning is being fiercely disputed by Israeli and Palestinian activists.

The hashtag was started by a group of Israeli students who wanted to bring attention to three boys, aged 16 to 19, who went missing last Thursday from Jewish seminaries on the Israeli-occupied West Bank. The Israeli authorities believe this was a kidnapping by Palestinian forces.

“We each do shifts to cover social media because we receive hundreds of messages from people showing their support,” Keren Bar, one of the students who started the trend, told the BBC. “I’m frustrated that people outside Israel are not hearing this story.”

Eyal, Gilad, and Naftali are the names of the missing boys.

Palestinian activists responded by “hijacking” the hashtag. They’re using it to highlight dead or imprisoned Palestinian children as a result of the ongoing, and occasionally bloody border disputes on the West Bank.

To #BringBackOurBoys, bring back ALL our boys. Thousands of Palestinian children are rotting in Israeli jail cells. pic.twitter.com/zQfnsgk5P3

The American-Arab Anti-Discrimination Committee (ADC) have backed the hashtag as a way of spreading information about the state of Palestinian people, saying, “We also want people to learn about the Palestinian children that have been abducted, imprisoned, and killed by Israeli forces.”

There’s even been an attempt to have First Lady Michelle Obama repeat the photo she did for #BringBackOurGirls—this time with the “Boys” hashtag. The plea comes from an Israeli women, Aliza Lavie, who writes to her “as one mother to another, as a woman to a woman.”

There has been no word on the whereabouts of the boys. The abducted girls who inspired the #BringBackOurGirls hashtag have had their location confirmed, but the Nigerian military have said extraction will be difficult.