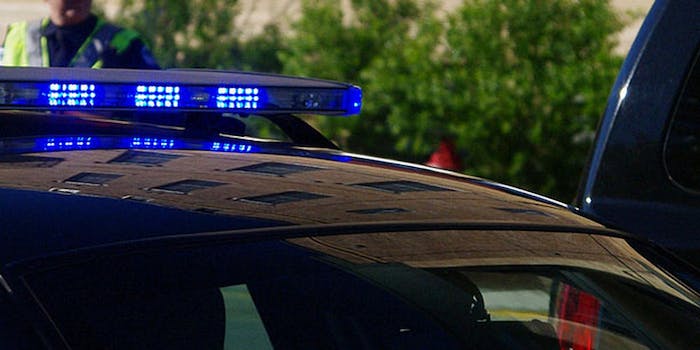 After school stabbing, police chief lashes out at Facebook trolling

"Pipe down and let the people mourn."

A police chief in Ohio has brought the tiny town of Brimfield (pop. 3,248) into the national spotlight after posting a rational and reasoned letter to his community.

Two days ago, more than 20 high school students in Pennsylvania were wounded by a fellow student who’d brought two kitchen knives into school. In response, Brimfield police Chief David Oliver posted a message onto Facebook saying that the department’s thoughts and prayers were with the victims.

A number of people responded with perfect sanity, saying that they, too, were sorry to hear about what had happened, and wished the best for the victims. But many more responded by turning the conversation into a discourse on school safety, gun laws, and rights of possession standards.

Oliver’s message got lost within the colloquy, so yesterday he jumped back on to provide an explanation of why he said what he said, and what “we, as adults,” need to learn about “picking fights every chance we get.”

It should be noted that Oliver is an uncommonly active police chief on Facebook, one who calls his 140,000 followers “cousins” or “gang” as he offers birthday wishes, On This Dates in Histories, and lengthy explanations of his squad’s nightly activity.

It’s that kind of candidness that’s made him such a popular figure.

“My apologies for being direct,” he wrote at the end of his note Wednesday. “It’s sort of my thing.”