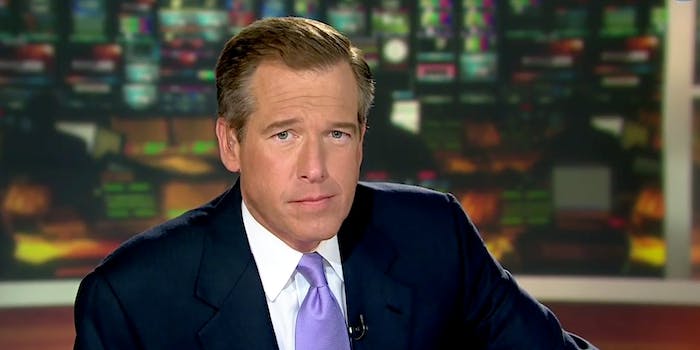 Is Snoop Dogg’s “Gin and Juice” the most important song to ever hit the Internet?

Is Snoop Dogg’s “Gin and Juice” the most important song to ever hit the Internet? By all means, it’s proven most influential.

Repurposed as a bluegrass jam in 1996, the G-funk era tale of a party gone too long posted onto early iterations of Napster as a Phish cover before spreading around the Internet under proper notation. Millennials grew up thinking Phish went bluegrass. Down in Austin, lowcountry roots fivepiece the Gourds had a laugh. That was them on the Napster file. For all that I know, that was the first great Jimmy Kimmel–style “gotcha!”

Stands to reason, then, that Brian Williams, the NBC news anchor deemed the “least trusted news source in America” by the Internet, would get the Tonight Show treatment for a mashed-up rendition.

Culled from more clips than you could store onto a gigabyte, the track rolls until the “with my mind on my money and my money on my mind” hook and closes with Williams flashing an icy stare.