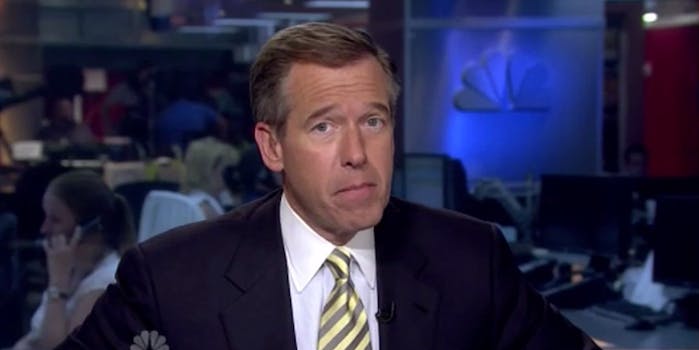 Brian Williams can’t lie about his love of big butts

He likes big butts and he cannot lie.

The long-time hip-hop muse of Jimmy Fallon usually just anchors the news every night, but it’s a completely different story in late-night. He’s now starring in his eighth rap in spectacular fashion.

It’s the same exact schtick as all the others, but with some help from the rest of the NBC family, it still manages to feel fresh.

Bless the editor whose job is to go through hours upon hours of clips of Nightly News footage to get the particular sounds required in rap.

And for your enjoyment, here are the rest of the raps in the series.