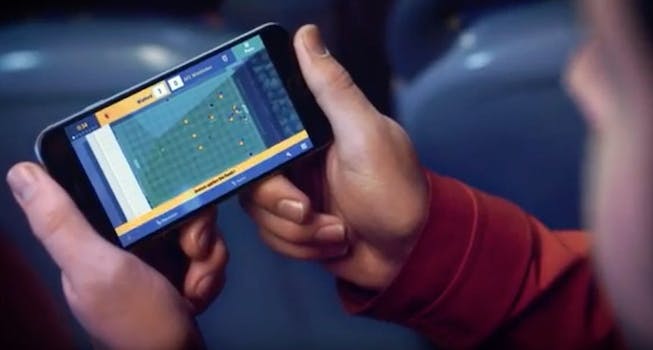 Gamers are livid that Brexit ruined their virtual soccer teams

Football Manager 2017 is a realistic simulation of running a soccer team, letting players sign and train their own elite teams. It’s so realistic, in fact, that it incorporates the consequences of the U.K.’s vote to “Brexit” out of the European Union. And players who voted for Brexit are pissed.

TFW you voted Brexit but then get upset the consequences ruin your game of Football Manager pic.twitter.com/zSol1ICdIj

Buzzfeed U.K.’s Chris Applegate tweeted out a screenshot of an angry 1-star review for the iOS version of the game, complaining that Brexit “kills the game.”

“Midway into season 3 of the game it tells you Britain leaves the EU. Time for celebrations right…wrong,” writes  disgruntled reviewer Davespiceboy. “Once this happens you have to get work permits for ALL EU players. This…makes it near impossible to sign Spanish, German, Italian, etc., players.”

It seems “leave” voters didn’t consider all the realities of Brexit—especially if in the end, it impedes the free movement of labor between the U.K. and other EU countries.

Davespiceboy says he enjoys “starting as a low team and grabbing young players at bargain prices,” and Brexit has crippled his inability to import cheap soccer labor from other nations. I’m sure a lot of British companies in other industries feel the same way Dave does.

Posters in the game’s official forums are grousing about the Brexit feature, too.

“It’s really strange that they’ve decided to put in all these highly speculative gameplay mechanics without any option to customise or opt out,” writes someone with the screenname James Debate.

Unfortunately, “remain” voters don’t have any option to “customise or opt out” of Brexit if it’s eventually implemented.

The creators of Football Manager told the Guardian that Brexit was “too important to ignore” in a “living, breathing” soccer simulator.

The game even takes into account different scenarios for how Brexit could be implemented, and the percentage chances of each can shift according to what’s in the news. The first two don’t affect the game too harshly: They assume freedom of movement for workers—or soccer players—will remain after the split from the EU.

“Hard Brexit,” which would restrict the movement of workers, just bollockses up the whole game. Sports Interactive’s Miles Jacobson, who directs the game, told the Guardian how it works:

“[It’s] a points-based system, where you get points based on your salary, based on the transfer fee, based on which national team you play for and where they are in the Fifa rankings, and based on the club that you’ve come from and how good that club is.”

And it gets worse: You could lose your players who are already under contract.

“Another scenario we’ve included is the hardest of all Brexit options – if Theresa May and the government are not able to negotiate for UK nationals to be able to stay in the EU if they’re living there currently, and decide that the current foreign nationals are living in the UK also have to go through a work permit system. That could see a lot of players having to leave the UK as well while still under contract.”

What a pain-in-the-ass game, right? Well, the voters have spoken, and what they wanted could turn into real life. Good on the Football Manager team for declining to sugarcoat it.