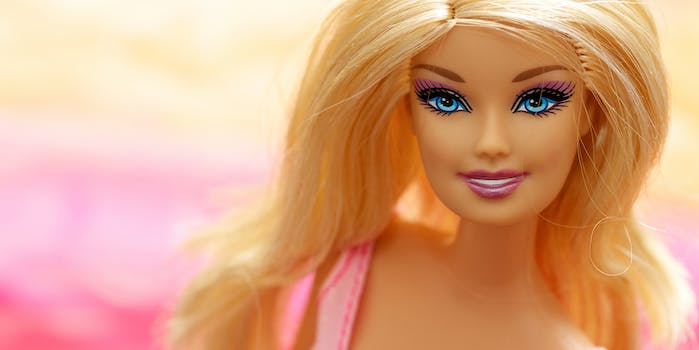 Are ‘Breaking Bad’ dolls better or worse than Barbies?

The fight over the Breaking Bad dolls ignores the obvious: Parents are responsible for what their children see.

Over a year after Breaking Bad came to a spectacular conclusion, it’s a testament to the show’s greatness that we’re still talking about it. However, the latest Breaking Bad news to circle the Internet is a far cry from the elaborate tributes fans have become accustomed to.

After Florida mom Susan Schrijver caused a minor uproar this week, children’s megastore Toys “R” Us made the decision to stop carrying Breaking Bad action figures. Though Schrijver said she “thought it was a great show,” she was spurred into action by the inclusion of guns, bags of money, and meth that came with the characters, calling the toys, “a dangerous deviation from their [Toys “R” Us’] family friendly values.” These figures were reportedly only supposed to be sold in limited numbers, and in the “adult action figure” aisle, but Schrijver claims she found them in the kids’ section.

Since the story went viral, Breaking Bad star Aaron Paul entered the fray, tweeting, “Wait, so @ToysRUs pulled all of the Breaking Bad figures from their shelves and still sells Barbie? Hmmmm…I wonder what is more damaging?” (For the record, Bryan Cranston has responded too.)

However, what both Paul and the Schrijver aren’t taking into account is that the actual toys have little to do with what’s at stake here. Breaking Bad action figures, and Barbie dolls, can be equally harmful or entertaining depending on who’s purchasing them. But that’s why it’s up to parents to set the context.

Certainly, giving young children action figures that come equipped with their own batches of mini-meth is, from the outset, a pretty messed up thing to do. However, the Breaking Bad action figures were aimed at older fans of the series, looking to collect tributes to one of their favorite shows. In fact, packaging appears to reveal that the toys are only for consumers ages 15 and up. To be fair, it’s somewhat unlikely that many 15-year-olds would actually be shopping in Toys “R” Us, but it certainly isn’t untenable. Toys “R” Us does sell products such as a wide variety of video games which definitely aren’t meant for younger children. And Paul himself has mentioned the store’s selling of toy guns in followup tweets.

On top of this, Toys “R” Us sells plenty of action figures from violent films and TV shows, which anybody has yet to complain about. Perhaps that’s because these action figures are typically based on genre entertainment, which is seen as having less real world consequence than the gritty, drug-based violence of Breaking Bad. However, there is also something very hypocritical about this message. Just because a movie is PG-13 doesn’t mean it can’t contain graphic violence. Or gratuitous violence, for that matter; think about how many faceless drones perish in the Star Wars saga, but what kid past the age of ten hasn’t seen those films? Violence that is sanitized, sterile, and bloodless isn’t necessarily better than violence than is jarring and horrific. In some ways, it’s even worse. What message is Toys “R” Us sending to children by selling products where violence doesn’t look gruesome, but cool and consequence-free?

That’s why Breaking Bad action figures are a weird item in the first place, for Toys “R” Us or any other retailer. At its best, Breaking Bad never shied away from how damaging, awful, and irrational violence truly is. Sure, there was spectacle. But the show was at least partially rooted in fundamental American problems. That’s not to say they should get a pass, especially taking into account America’s very real problems with drugs and guns. But to reiterate, no one should be ashamed to buy one as an avid fan of the show.

Of course, Schrijver appears not to be thinking about that. She’s merely concerned with what would happen if you gave one of these action figures to a young child, which is totally understandable. But besides how unlikely that is, what she’s missing is that it’s every individual parent’s responsibility to decide what their children can and can’t handle. Is it possible some very mature children could handle Breaking Bad? Sure, anything’s possible. However, it’s not action figures, or the media, or any other insidious specter that leads to kids seeing stuff they shouldn’t. Instead, it’s parents’ job to consider what their kids are watching at home, at friends’ houses, and at school. Because if your kids haven’t seen Breaking Bad at one of those places, it’s unlikely Toys “R” Us is going to turn them on to it.

As for Paul’s Barbie charge, the issue there stops being violence and starts being sexuality. Or rather, hypersexuality. And, more importantly, body image issues. This is what Barbie is always called out on: She’s too sexy, too perfect looking, no real woman can ever live up to her standards. And those criticisms are valid. People have been calling Barbie out on this stuff for a while now, and with revenues dropping, it looks as if some of these critiques are finally starting to have a serious impact.

Hypersexualization is an odd thing in this country. You see it in kids’ toys and beyond. However, America is also notoriously more skittish about sex than about violence, demonizing one and normalizing the other, particularly where women are concerned. So the problem with Barbie then becomes not her basic sexuality, but whether that sexuality is a) appropriate for young girls, and b) an unrealistic example of womanhood.

“There is research to show that Barbie’s inhuman dimensions do affect girls’ body image, but it seems simplistic to blame Barbie alone for something as complicated as the way girls think about their weight,” writes Time’s Charlotte Alter. “For one thing, other research shows that young girls’ body image is more influenced by their mothers’ attitudes than anything else. So anyone who thinks banning Barbie dolls is going to suddenly result in healthy self-esteem is seriously delusional.”

Once more, we see how parents factor into this debate. Every good parent should have a conversation with their child about body image. And every parent should also decide at what age they think their children are ready to play with Barbie dolls, or whether they think Barbie dolls are appropriate for their children at all. It shouldn’t matter that Barbie is sexy. What matters is that she isn’t propped up as the only version of sexy. People get angry at Barbie because they see her and think, “Look, this is what you’re forcing little girls to become!” But that’s not really what Barbie is about. She’s about fun outfits, accessories, and other cutesy things of that nature. There was a time when Barbie would have been held up as the ideal model of beauty, but in 2014, any smart parent knows that’s not true. There’s probably more harm in Photoshop than there is in Barbie, because at least Barbie is unrealistically proportioned to begin with.

Alter goes on to note that, “The great irony of the Barbie debate is that we spend so much time talking about how she looks and so little time talking about her careers—all 150 of them. She represents beauty and materialism, sure, but she also represents mutability, imagination, and professional possibilities. If we took her work life half as seriously as we took her waist measurement, we could use Barbie as a way to talk to girls about the jobs they want, not the bodies they want. Barbie knows how to ask for a promotion, you can give her that.”

For the record though, even if you take all the careers and changes Barbie has gone through over the years out of the equation, liking pink, girly stuff isn’t automatically bad for your daughter (or son). Everybody approaches gender norms differently, but labels like “tomboy” and “girly girl” restrict young women and put them into unfair categories. Who says you can’t like Barbie and play sports at the same time? Good parents know this to be true, and focus on supporting whatever identity their child grows into.

Barbie and Breaking Bad toys are two sides of the same coin. On the one end, you have concerns about hypermasculine, aggressive influences on young men, which threaten to expose them to a life of crime and other bad behavior. On the other, you have those who are troubled by the fake, plastic, impractically statuesque body type that’s been established by Barbie, and whether that encourages young women to grow up too quickly and develop low self-esteem about their appearance.

However, once again, responsibility ultimately falls on the parents in both matters. Year after year, there’s always someone who screams, “Won’t somebody think of the children!”, when what we forget is that the only children you can really protect are your own. This is the golden rule of children and media, but somehow we keep forgetting it, despite it being more relevant than ever in the age of the Internet.

You can’t shield your children forever. And you can’t force other parents to shield their children either. All you can do is the utmost for your own kids. You’ll make mistakes, and they’ll make mistakes, but the key thing is to make an effort. Parents need to talk to their kids about violence and body image in equal measure, using their good judgment to figure out what their children can handle and when. Action figures don’t have to be innately aggressive, and dolls don’t have to be innately sexual. For the most part, those influences are sold separately.

Photo via Tracheotomy Bob/Flickr (CC BY 2.0)