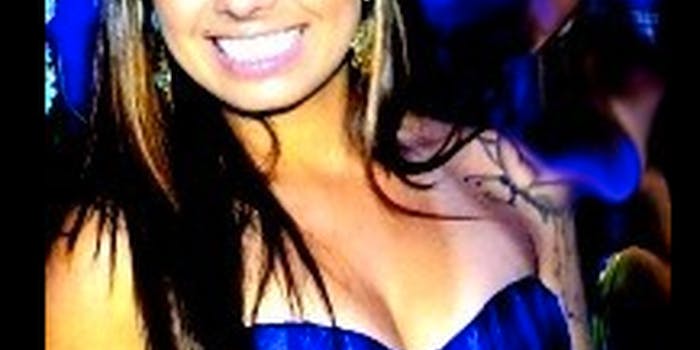 Michele Cardoso, 20, posted to Facebook just before she was killed in a nightclub fire that claimed 231 lives.

A Brazilian student caught in a nightclub inferno that killed 231 people posted her final message to Facebook.

Michele Cardoso, a 20-year-old medical student who was partying late Saturday in Santa Maria’s Kiss nightclub, wrote on her Facebook account pleading for assistance amid the chaos of scared partiers trying to escape.

At 3:30 am, about an hour after the fire started, Cardoso (pictured) posted “Incendio na KISS socorro,” translating to “Fire at Kiss help.” Friends left confused postings on the status asking if she was all right, but they were left unanswered. Cardoso was at the club with her sister and boyfriend, who also died in the tragic fire. 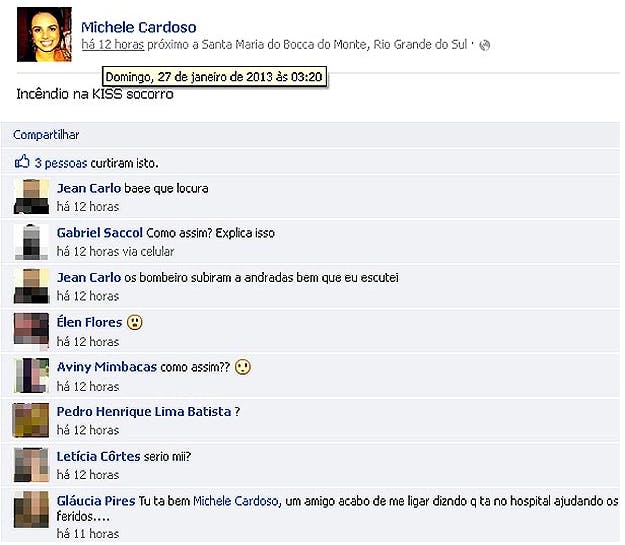 Photo via The Sun

After Cardoso was confirmed dead, a friend wrote on her Facebook wall lamenting that they didn’t know how dire the situation was.

“I never imagined that it was serious when I first saw her asking for help on Facebook in the early hours, until I woke up with a message from my mum telling me what had happened,” the friend wrote, according to the London Evening Standard.

The fire started after a band’s pyrotechnic stunt went awry, with fireworks sparking the building’s insulation. Many died from smoke inhalation while others perished from being trampled by frightened clubgoers, as the club was more than 1,000 people over its allowed capacity.

Of the dead, 101 attended a neighboring university. As of Monday morning, 120 are in the hospital, with 79 in critical condition, reports CNN. Three people have been arrested in connection with the fire, including the club’s co-owner.

A state lawmaker described the scene as a “war zone” while a witness said it reminded them of pictures from the Holocaust with the piles of bodies being stacked on top of each other.