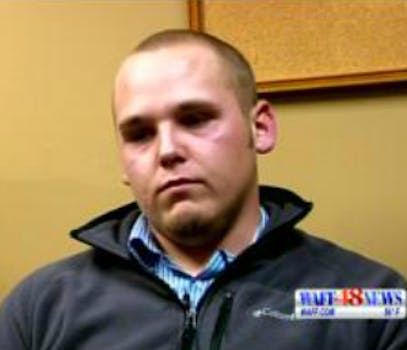 The University of North Alabama long snapper who got kicked off his football team for posting a racist and insensitive tweet about Barack Obama’s Sunday address to the victims and families at Sandy Hook Elementary School has apologized for his actions, saying in a statement that he would have done it all differently if he could go back in time.

“I want to apologize to President Obama for my outbreak last night,” Bradley Patterson said in a statement. “What I said was uncalled for, but I didn’t even stop to think what he was saying before it was sent.”

“If I could go back right now, I would change it,” he added. “I wouldn’t hesitate to do so.”

On Sunday, during Obama’s nationally televised address to Newtown, Conn., which overrode NBC’s coverage of the football game between the New England Patriots and San Francisco 49ers, Patterson posted a tweet that read, “Take that n****r off the tv, we wanna watch football!”

News of the tweet quickly spread to UNA athletic director Mark Linder, who announced later that evening that Patterson had been kicked off the team.

“I just want to tell them that I’m sorry for everything that went on,” Patterson said in a message to his teammates.

“I really ain’t like that. I ain’t racist. I wasn’t thinking last night when I put it on there, but I’m sorry to all the guys. I let them down and just don’t give up on me.”