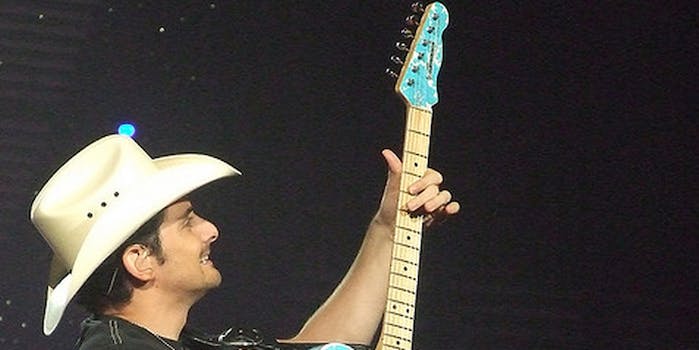 The Westboro Baptist Church, you may be surprised to learn, has a problem with country music.

The Westboro Baptist Church, you may be surprised to learn, has a problem with country music. Why else would it picket the recent Kansas concert of singer-songwriter Brad Paisley? Well, the star himself didn’t bother to ask—he just snapped one of 2014’s best selfies instead.

The photo was the result of three seconds of meticulous planning:

The protesters seemed to not realize who Paisley was, or that he was mocking them.

Things got a little meta, too:

Wow! What timing!! You caught this from your car! RT @Wes_B13: Selfie while brad takes a selfie w Westburro Bap pic.twitter.com/rEmK6FT7Sw

In the end, the show went on, the Westboro nutjobs accomplished nothing, and people online had a good chuckle at their expense—as if it were them God hates, and not the rest of us.