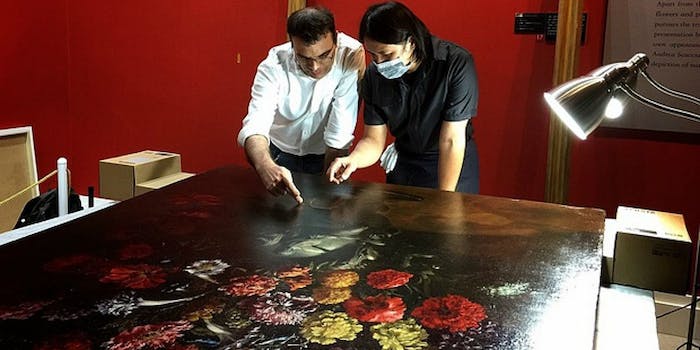 A 12-year-old boy in Taiwan delivered a knockout punch to a historic painting. It was quite a blow to the Italian Renaissance, to the museum, and to clumsiness in general—but luckily, not to his family’s bank account.

As the Taiwan Focus News Channel noted, the piece that the boy punched through was a 350-year-old Paolo Porpora oil painting on canvas titled Flowers. Its value is estimated at $1.5 million.

The painting was part of “The Faces of Leonardo: Images of a Genius” exhibit in Taiwan, and it was the bottom half of the work that suffered the damage—which you can see right here: 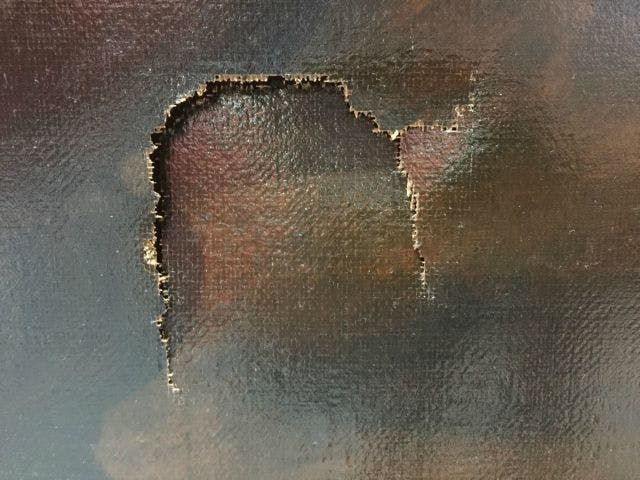 After the boy’s stumble, the exhibition curator, Andrea Rossi, said the boy was “nervous”—an understandable reaction—but the exhibit’s organizers said they will not ask the boy’s family to pay the cost of restoring Porpora’s work. Instead, the organizers will ask an insurance company to pay for the restoration costs before sending the painting back to Italy.

“All 55 paintings in the venue are authentic pieces and they are very rare and precious,” TST Art of Discovery wrote in a Facebook post. “Once these works are damaged, they are permanently damaged … We hope that everyone can protect these precious artworks with us.”

H/T The Guardian | Photo via TST Art of Discovery Co./Facebook