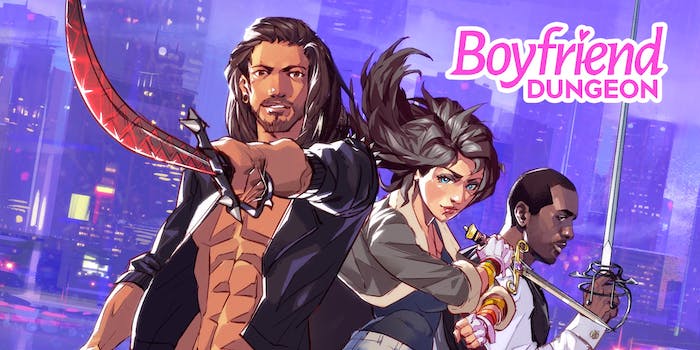 An indie game company is updating the content warning for its newest release after the game was met with a backlash to some of its darker themes.

Last week, Kitfox Games released Boyfriend Dungeon, a video game that combines a dungeon crawler and a dating sim into a game that lets you date your weapons while fighting your way through dungeons; you date people of all genders throughout and some of the relationships are polyamorous. But Boyfriend Dungeon isn’t just about the romance, as the initial content warning for the game read. The game also includes the ability to opt-out of texts from a character named “Mom” in case those messages (which do not appear to affect the plot) are triggering for players.

“This game may include references to unwanted advances, stalking, and other forms of emotional manipulation,” the warning stated. “Play with care.”

While the content warning for Boyfriend Dungeon isn’t specific, it’s referring to the game’s primary antagonist, a man named Eric with whom your character is set up for a date. According to IGN’s review, Eric’s behavior (which includes intimidation and stalking) quickly becomes worrisome—and those interactions are vital to completing Boyfriend Dungeon’s main story; per PinkNews’ review, Eric also misgenders a nonbinary character at one point.

It’s a far cry from the game’s trailers, which highlighted the ability to date your weapons as an upbeat pop song played in the background, and some people felt that the content warning originally attached to the game didn’t do an adequate job of preparing people who might potentially be triggered by those storylines.

On Saturday, Kitfox Games addressed the criticism around the content warning. It apologized for not properly describing the level of emotional manipulation and stalking that occurs in the game and said it would add a more specific warning to the game.

While Kitfox Games has been praised for its apology and pledge to change the content warning, others feel that the new content warning doesn’t go far enough. Some have called for Kitfox Games to opt-out of being made to interact with Eric as you could with Mom’s messages. But others saw those calls as a way to censor or sanitize game developers—as well as queer stories—for portraying something messy.

And some have tried to take Alexander Gross, the voice actor who portrays Eric in Boyfriend Dungeon, to task for having voiced the character in the first place.