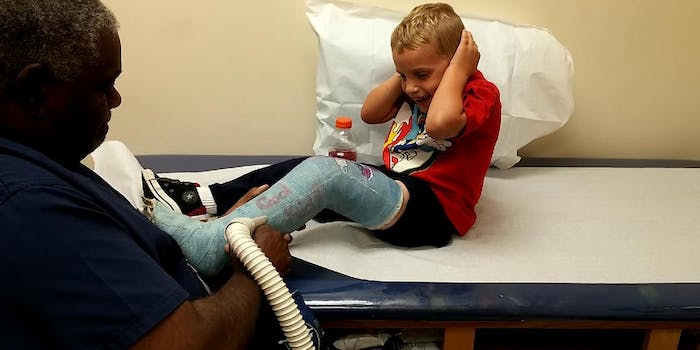 This kid had the best response to getting his cast off

You will never be this happy.

It might be the greatest feeling an injured person could ever experience.

That feeling was recorded by a father who had taken his son to the doctor’s office to get his leg cast sawed off. What the boy mutters right at the very end, nearly 90 seconds into the clip, is priceless. The response from the nurse might be even better.