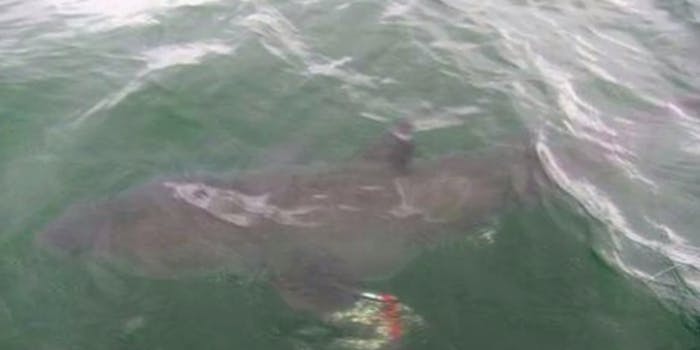 Six-year-old Blake White first assumed he had caught a colossal striped bass when he struggled to reel in the line while fishing with his family last weekend in Massachusetts. Much to his surprise, the large fish they towed around Cape Cod Bay for over an hour turned out to be a great white shark.

“We’re going to need a bigger boat,” Blake’s father, Lars White, told his family after the shark finally came to the surface next to their Aquasport. White told the Cape Cod Times he then asked his boys to go to the center of the boat and sit down.

According to White, the shark had not bitten the line, but instead swam into the hook and spent an hour and a half trying to free itself.

“I saw the line moving like crazy and so I told Dad to go and get the rod, and then I helped him with it,” Blake told the Cape Cod Times. Blake and his 8-year-old brother, Pierce, were thrilled to see the shark, but followed their father’s warning to stay away from the sides of the boat. The family, who lives in Houston, was visiting White’s parents in Eastham.

The family cut the line so the shark could swim away, but not before Lars’s wife, Niccole, snapped a few photos. The shark caught onto the hook about a mile from Rock Harbor on the Eastham side. White estimated the shark was about 10-12 feet long. 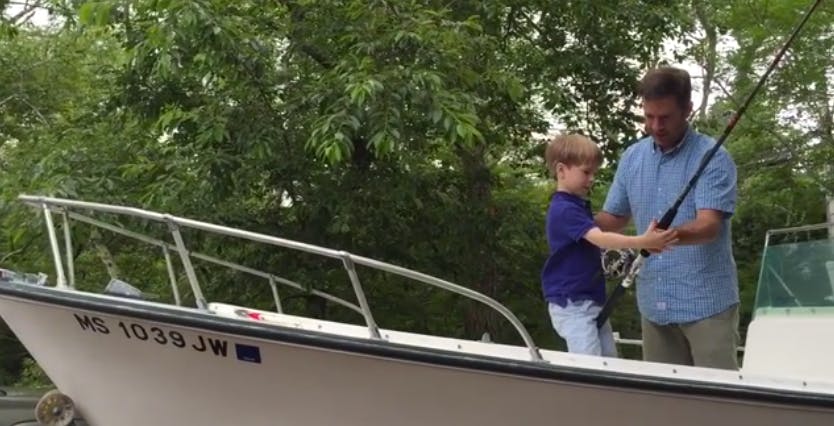 White sent the photos of the great white to the Atlantic Great White Shark Conservancy, which is a nonprofit organization dedicated to researching the sharks off Cape Cod. Shark scientist Gregory Skomal confirmed the shark in the photos provided by the White family was indeed a great white.

An increasing number of great white sharks have been spotted in recent years around Cape Cod, primarily around the beaches of the Outer Cape on the Atlantic Ocean side of the peninsula. The sharks are detected by receivers throughout the harbor, which identify signals from acoustic tags on the fish. Skomal and his team have tagged 65 great whites over the past six years.

While seals are typically the favorite meal for the great white, the animals are not often seen off of Rock Harbor, the spot where the family was fishing.

Blake’s big catch reportedly did not deter him from fishing in the future and he told his father he would like to go again next weekend.

“Maybe we can catch something a little bit smaller,” Blake said.