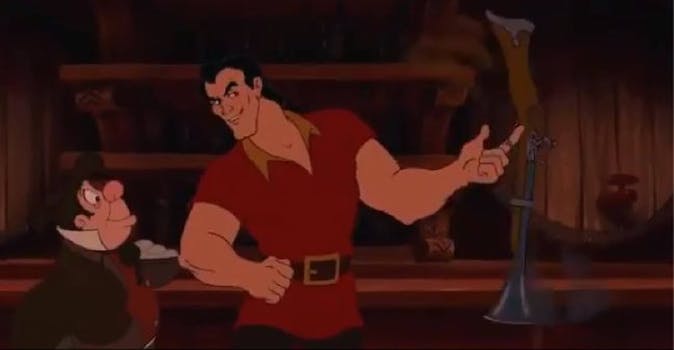 Gaston—Beauty and the Beast‘s unidimensional, studly villain with incredible eyebrow game—is a favorite target of Internet parody. I mean, the guy’s just so… vanilla. Plus, he comes with a boastful musical number that provides an ideal format for mockery.

That’s a particularly witty example, but the general formula is so easy that a Twitterbot could get the hang of it. And, in fact, one very good bot has.

“In June 2015 I had the Gaston song from Disney’s Beauty and the Beast stuck in my head for about a week. To exorcise it, I made this bot, which generates random versions of the chorus.”

Bot-ston finds rhymes to fit the schema of the song and just recently gained the ability to sing them (on-key!) in a text-to-speech synth voice.

It will not—absolutely not—help to get the chorus of “Gaston” out of your head. If anything, it will only lodge it there more firmly.

Bot-ston, you are positively primeval.