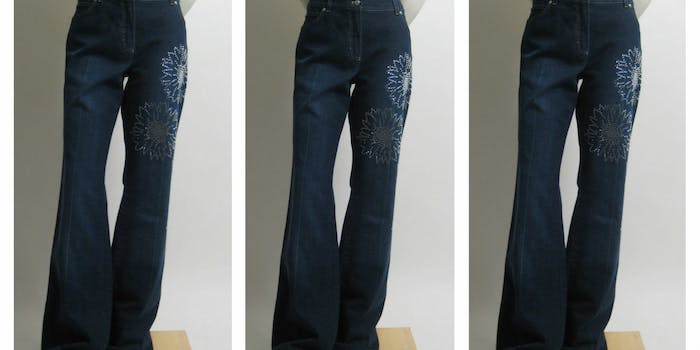 No one is excited about the return of bootcut jeans

Whether we like it or not, the fashion industry tells us what’s in style. And many do not like that, according to GQ magazine, bootcut jeans are “making a comeback” this winter.

It seems lots of folks are unenthusiastic about the early-2000s jean trend coming back around. Naturally, they expressed their dissatisfaction on Twitter.

Bootcut jeans or sex. You can't have both. pic.twitter.com/FlfnvXFesq

Even the model posing in the jeans doesn’t look too psyched.

this poor guy does not look happy about wearing bootcut jeans pic.twitter.com/8Txp3Img6u

Twitter user @Lexilo asserted the pants in question weren’t bootcut jeans at all.

These are definitely flare jeans these are not boot cut jeans the ppl of Texas will not take this slander https://t.co/XIl8LftDGy

And one person asked if the post was tweeted by boot cut jeans.

According to GQ, Balenciaga designer Demna Gvasalia featured bootcut jeans in the brand’s spring lookbook. Men are wearing more adventurous pants in 2018, the article states, experimenting with “wavy pleated trousers” and “contemporary cargo pants.” So the question is: Are men and women really ready for boot cut jeans?

Yeah votes are in pic.twitter.com/noa4PSbhhR