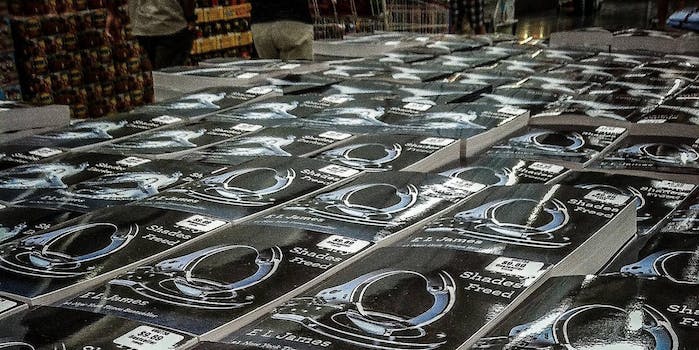 Fifty Shades of Grey has sold over 125 million copies worldwide. In fact, it holds the record in the for the fastest-selling paperback ever in the U.K.

But once you’ve read the thing, what do you do with it? Pass it on to a friend? Nope, everyone who’s ever wanted to read that book has read it by now. The only thing left to do is to donate it to your local used book shop and let them deal with it.

Except they don’t want it either. In fact, a charity book shop in Swansea, Wales, has received so many copies of the novel that they used them to build a fort—possibly to hide from the people who keep bringing them the same damn book. 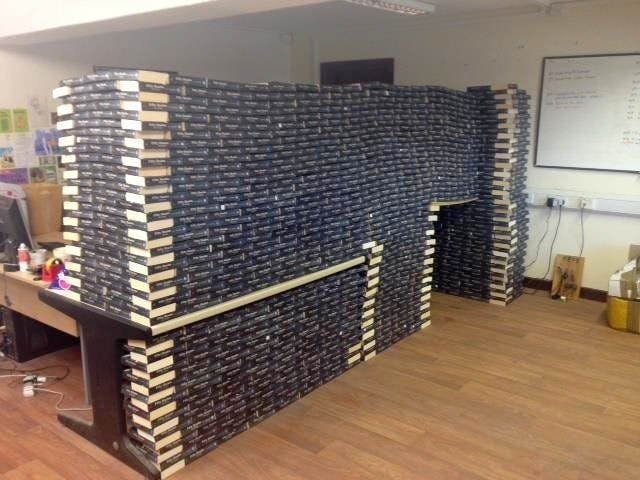 “Enough is enough,” Store owner Phil Boradhurst told Metro. “We appreciate all the donations, but less Fifty Shades and more Sixties and Seventies vinyl would be good.”

Since the shop is unable to sell the literally hundreds of unwanted books, they will be sent to Goldstone Books, a giant used book warehouse, where they are almost certain to be thrown out with the recycling.