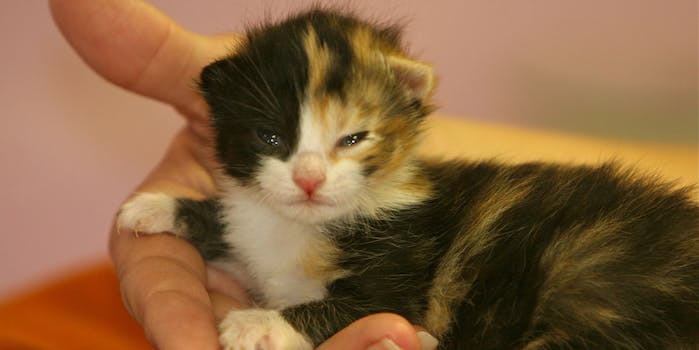 15 years ago, the ‘Bonsai Kittens’ site led to an FBI investigation

But people weren’t laughing back in December of 2000, when a group of MIT students created a website called “Bonsai Kittens.” Although the original site was taken down a few weeks after it launched, it still managed to piss off an enormous number of people, and a mirror site is available to this day.

The site purported to teach anyone who might be interested how they could force an adorable tiny cat into a slightly less tiny jar, where it would spend years slowly growing into the shape of its container—exactly like a bonsai tree, only… a cat. 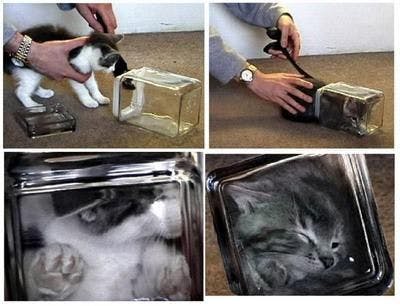 Photos via Know Your Meme

Here’s an excerpt from the section entitled “Method”:

At only a few weeks of age, a kitten’s bones have not yet hardened and become osseous. They are extremely soft and springy. In fact, if you take a week-old kitten and throw it to the floor, it will actually bounce! We do not recommend that you try this at home. The kitten may bounce under the furniture and be difficult to retrieve, as well as covered in unsightly household dust. However, the flexibility of the kitten’s skeleton means that if the bones are gently warped at this early age, they can be molded into any desired shape. At Bonsai Kitten, we achieve this by placing the kitten into a rigid vessel soon after birth, and allowing the young cat to grow out its formative time entirely within this container. The kitten essentially grows into the shape of the vessel! Once the cat is fully developed, it is removed (or the vessel broken to remove it!), producing the lovable, furry pet you’ve always wanted, but it remains in the shape you’ve always dreamed of! There is virtually no limit to the eventual shape of your pet.

OK, probably some people were laughing, but they were definitely drowned out by the people who thought this might be a real thing—including the FBI, who, according to Snopes, were just one of the law enforcement agencies to investigate the students. Snopes also helpfully noted that “[t]he process described is impossible: animals so treated would die long before they could be ‘molded.'”

As it turns out, even people who knew it was fake weren’t always amused. The Humane Society received a buttload of complaints and issued a statement saying in part that the pictures, “while they may in fact be fakes created using image-management software, depict live kittens being jammed into glass containers.”

The word “jammed” may be a bit of an exaggeration, but the statement as a whole is pretty undeniable, and MIT responded by immediately taking the site down, after it had been up for less than a month.

By January 2001, though, it was up again, this time hosted by a commercial provider called WEB2010.com. Again the Humane Society complained, and again the site was taken down.

But at that point the damage had been done, and Bonsai Kittens had become part of the collective consciousness. There was a site devoted to selling fake kitten christmas ornaments, and a purveyor of all things nerdy, ThinkGeek, would go on to sell Bonsai Kitten plush toys (which no longer seem to be available); for a while the URL bonsaikittens.com even redirected to them. 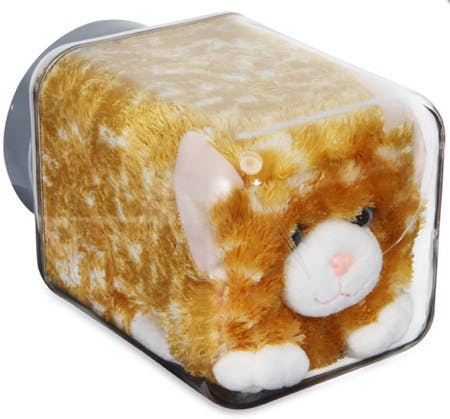 Photo via The Museum of Hoaxes

By the way, the domain name is currently up for grabs—if you have $2700 and a good idea. Maybe a whole site devoted to kitten gardeners? That, at least, probably won’t get you investigated by the FBI.