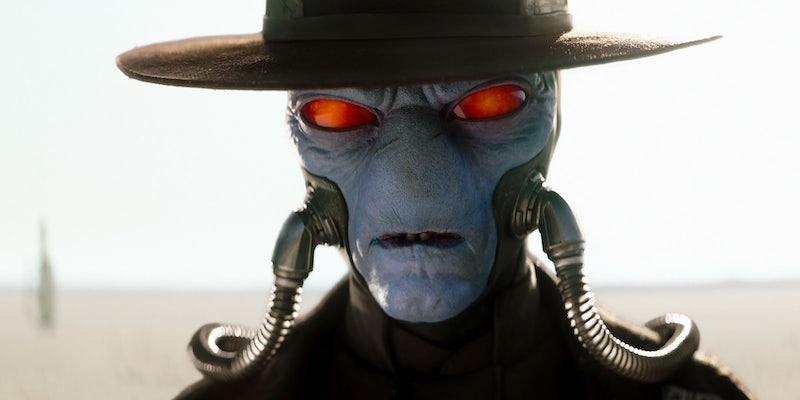 Recap: ‘The Book of Boba Fett’ finally gives us a real villain in episode 7

This recap includes spoilers for The Book of Boba Fett chapter 7, “In the Name of Honor.”

One of The Book of Boba Fett’s more puzzling issues is its lack of a distinctive villain.

The main storyline, such as it is, draws from classic Westerns and mob movies. However, it’s hard to get invested in Boba’s quest to become Tatooine’s top crime boss. Not only is he bizarrely incompetent, but there’s almost no narrative tension between him and his enemies.

Boba’s key rivals are the Pyke Syndicate, a drug cartel with no personality. They’re such nonentities that their leader barely stands out from his goons. Only at the end of episode 6 does an interesting villain arrive: The menacing Clone Wars mercenary Cad Bane, boasting memorably creepy character design. In the season finale, he’s the Big Boss our hero must face after a frustratingly long battle.

While there are some entertaining moments between the relentless blaster fire (for instance the surprise arrival of Boba’s rancor, and Grogu reuniting with Din Djarin), this extended shoot-out fails to distinguish itself. Even in a feature-length Star Wars film, an action sequence wouldn’t continue for this long in a single location. And the movies have much better choreography. Here, we spend 35 minutes watching the Pykes chase Boba Fett’s gang around Mos Eisley—a fight with virtually no emotional weight.

In a tacit acknowledgment of the Pyke Syndicate’s narrative failings, the show just imports Cad Bane for some standalone villainy. He’s a very cinematic figure, presenting a classic contrast between a morally-ambiguous antihero and an indisputable Bad Guy. But even here, the characterization is wobbly. At one point, sneering at Boba Fett’s newly-benevolent attitude, Cad Bane growls, “I knew you were a killer.” Yes! He’s Boba “no disintegrations” Fett! He’s been shooting people all episode! No one ever said he wasn’t a killer!

It’s no longer a surprise that in The Book of Boba Fett’s final episode, the most interesting moments did not belong to Boba Fett.

Cad Bane, obviously, is a crowd-pleaser. So is Grogu, whose arrival via X-Wing (without Luke Skywalker) feels pretty ridiculous until Peli Motto points out that R2-D2 is the pilot. R2-D2 is precisely the sort of chaos agent who would help a toddler run away from school by stealing his teacher’s spaceship. Grogu then gets two big Force-using moments, culminating in him taking a nap with the rancor (adorable!) and jetting off with Din Djarin. He does, as predicted, look very cute sitting in the astromech port of Din’s new starfighter.

Rarely do I actually root for a show to end after one season, but Disney+ can only make so many Star Wars spinoffs, and The Book of Boba Fett is defined by a sense of pointlessness.

If you’re an old-school fan of Boba’s role as a ruthless bounty hunter, then this soft reboot must seem inconsistent at best. And if you’re not already a fan, then the show offers precious little reason to care about him. The creators seem more interested in making as many nostalgic callbacks as possible, whether that’s the terminally overused Tatooine setting, the arrival of a Naboo starfighter, or an extended cameo for creepy CGI Luke Skywalker. None of this adds up to an interesting story. And while some people enjoy this method more than I did, the general consensus is that the best episode was the one starring Din Djarin. Not a great sign for the future of Boba Fett.