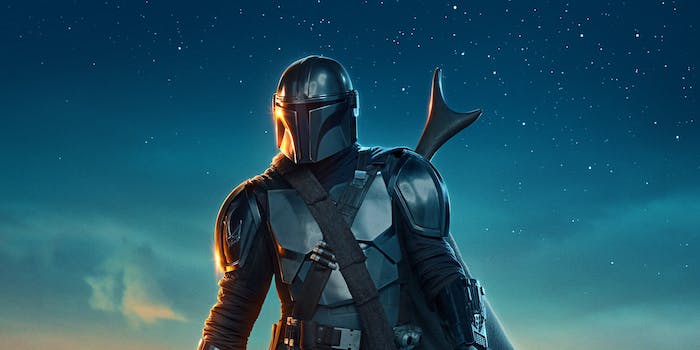 By focusing on a different character, this week's episode was a breath of fresh air.

This post includes spoilers for The Book of Boba Fett chapter 5, “Return of the Mandalorian.”

After four weeks of meandering around Tatooine, this Mando-centric episode was a breath of fresh air. Most fans already guessed that Din Djarin (Pedro Pascal) would appear in chapter 5, but the show went one step further. This was basically a new installment of The Mandalorian, highlighting the gap in quality between the two shows.

The Book of Boba Fett‘s weaknesses are somewhat baffling, given that both shows have the same creative team and a similar storytelling format. Showrunner Jon Favreau likes to structure his episodes around videogame-style quests, bookended by exposition dumps and skill/weapon upgrades. The Book of Boba Fett dedicates more time to flashbacks, but otherwise, there’s a lot of overlap. The real problem is the show’s palpable disinterest in its title character.

As soon as Din Djarin arrives, the pace picks up across the board. The show gets funnier, from the return of fast-talking mechanic Peli Motto (Amy Sedaris) to gags like Din getting stopped by spaceport security (“I’m a Mandalorian, weapons are part of my religion.”) The action scenes are visibly faster, as if The Book of Boba Fett‘s lack of thematic drive was physically slowing things down before. It’s also a huge relief to leave Tatooine, with Din meeting up with some Mandalorian compatriots on a space station.

Above all, Din Djarin is a more compelling protagonist. He’s defined by consistent emotional goals: Loyalty to his Mandalorian creed, and love for his foundling child Grogu (currently offscreen at Jedi school with Luke Skywalker). His code of ethics also makes more sense than Boba Fett’s directionless new role as a crime boss.

In the opening scene, Din delivers the kind of ruthless violence we’d previously expect from Boba, slicing up some criminals with the Darksaber. Then we pivot to some typically clunky exposition about Mandalorian/Darksaber lore, leading into a duel. But while The Mandalorian‘s writing is not exactly Shakespeare, there’s a reason why people love this character. Din has an engaging kind of vulnerability; a tough guy who cares deeply for his child, and is lovably awkward beneath his intimidating exterior. He never really learned how to process his softer emotions, but (crucially!) he doesn’t succumb to toxic masculinity either.

Throughout this episode, we’re repeatedly reminded of The Mandalorian‘s emotional touchstone, Grogu. The Book of Boba Fett really doesn’t have an equivalent figure. Hell, it barely establishes a meaningful relationship between its two lead characters, underutilizing a pair of popular actors.

In the future, I can easily imagine Star Wars fans advising their friends to skip Boba Fett aside from this episode, which is necessary viewing for The Mandalorian‘s ongoing story. We learn more about the Darksaber, Din gets a new ship, and the show teases the return of Grogu. Din is torn between where he believes Grogu “should” be (ie. with the Jedi) and his own desire to raise Grogu in the Mandalorian Way, and fans are obviously looking forward to their upcoming reunion.

As the series draws to a close, we should supposedly be invested in Boba Fett’s Tatooine gang war. Instead, I find myself caring more about Mando-related questions. When Din visits Grogu, will we see more of Luke Skywalker? Will Grogu get a Boba Fett cameo? And why, exactly, would a bounty hunter buy a Naboo N-1 starfighter, a ship with zero room for living quarters or prisoner transport? (The answer, as is often the case with Star Wars, is almost certainly “Because it looks cool.”)