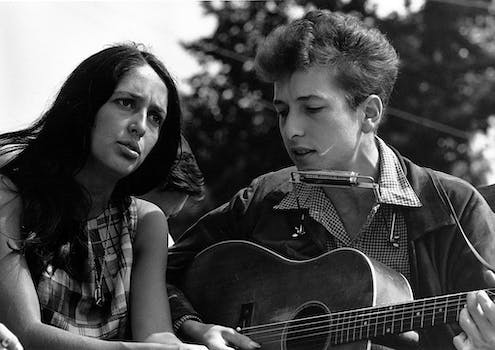 That’s how Bob Dylan was feeling in 1966 when he tried for the 19th time to get a good take of “She’s Your Lover Now,” for Blonde on Blonde.

And he didn’t.  The track never made it onto his iconic 1966 album. But did he unwittingly give rise to this 48 years later?:

It was certainly a long time between the two, but then again Dylan’s aborted recordings of “She’s Your Lover Now” didn’t hit the market until the 1991 release of  The Bootleg Series Volumes 1–3, shrinking the gap to a mere 23 years.  Still quite a jump, but Dylan has been influencing culture for decades, so it’s not entirely outside the realm of  possibility.

Dylan, who we assume couldn’t care less, has never claimed the phrase as his own. It’s possible he literally just can’t even think about that day again.

By the way, here’s the closest Dylan and his band (not The Band—those guys probably would have nailed it) got to finishing the song: