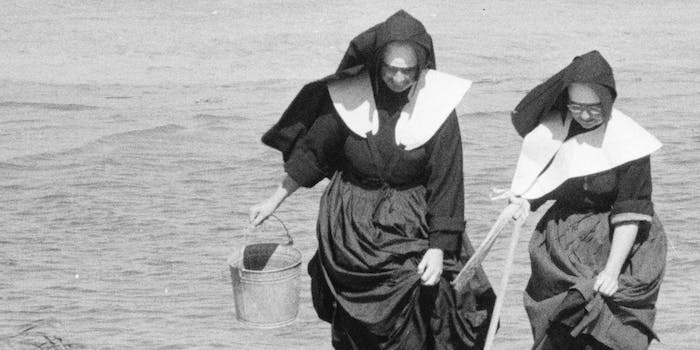 And the most bizarre phrase you’ll Google today is…

Here's why people will be Googling the phrase 'suds nuns' today.

If the phrase “suds nuns” experiences a spike in Google searches today, we have cartoonist Berkeley Breathed to blame.

The first new comic begins with Opus the penguin awaking from a 25-year nap, ready to discover the world in the present day. And in Thursday’s strip, that meant learning about Google.

Amazingly, the search results for “suds nuns” are not that bad. Although once people start noticing the new Bloom County comic, we expect this unexpected search term to skyrocket on the Google Trends page.