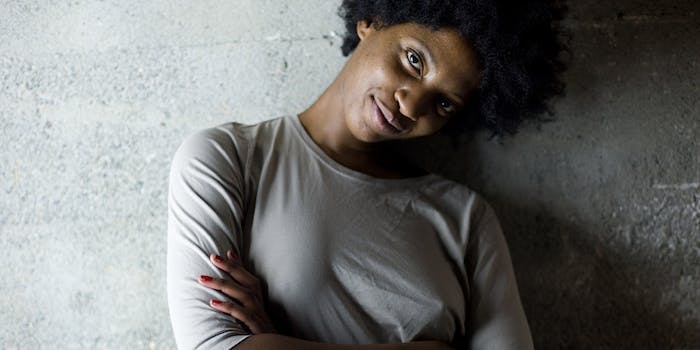 Why black women and white gay dudes need each other

We all want the same goal—to just be viewed as equal people. So why not do it together?

When The Advocate was purchased by Here Media in 2008, I was still an editorial assistant grasping at any chance to make my name on the Web. Fortunately for me, there was Ross von Metzke.

He took me under his wing, and within a week of knowing him, I was on board. The guy could reenact whole scenes from Waiting to Exhale. At the drop of a hat, he can tell you all the gossip about, say, the Braxton family and can help you practice your lines for the local theater production of Dreamgirls. Early on, I said to him, “I think when you turn 80, you’re going to magically become Pearl from 227.“

Conversely, I was introduced to a friend of a friend right around the same time. Was he a white gay guy like Ross? Sure. But you know what he did straight out of the gate before knowing absolutely anything about me?

Here’s the difference: authenticity. Ross admires and respects women, including black women. He also makes no apologies for who he is, which is something I greatly admire in all humans. That friend of a friend, on the other hand, just saw me, a woman who happened to be black and thought this sort of behavior was completely appropriate because hey, I’m black. We’re all the same! We all talk like that, and we’re all obsessed with hair weaves and Beyoncé and drinking Henney.

The latter situation occurs more frequently than it should, though. I often coldly shut people down when they do that, because it’s really stupid. And I just want to point out, it’s not just among gay white guys “Columbusing” so-called black female culture. People from all races, of multiple genders, do this sort of thing. Seriously, it’s just embarrassing. Please, just stop.

I bring this up because college student Sierra Mannie made a splash last week when a column she wrote for her school newspaper, The Daily Mississippian, reran in TIME magazine. I would have stabbed someone for that sort of exposure as a rising senior at my little state school. But that’s beside the point.

I understand her frustration. She asserts that white gay guys are inauthentically claiming womanhood and blackness, without the repercussions of being female or black. And I have wondered, what is the deal with some gay white guys who love to go all sistah-gurl? Sometimes it feels like silly solidarity-realness, but often it’s just embarrassing and insulting—it’s as though all black women still subscribe to the same minstrel show, and we only share one set of ideas or passions en masse.

My point is, I don’t think there necessarily is a Black Female Culture, as Mannie asserts. Frankly, I don’t want there to be one—there are so many of us, spread out all over the country and around the world. Why limit or marginalize ourselves to only one set of traits and values? In reality, I was the black girl who grew up listening to pop-punk covers and watching Wrestlemania and the U.K. House of Commons on C-SPAN.

However, I do believe there are universal experiences that black women witness or endure, that few other groups really “get.” I will suspect that a majority of black women, at some point in their lifetimes, no matter how confident and beautiful and badass they are have been subjected to either internal thoughts or external actions implying inferiority linked to their race, even if those thoughts and actions are completely baseless. When you apply for a job and you don’t get it, you wonder whether it’s because you’re not qualified or if it’s because your name is LaTavia.

Last weekend during the World Cup game between Brazil and Colombia, a (straight white) guy in my periphery of my group of friends quipped, “Well, the only reason those Brazilian women are hot is because of all those Europeans that went down there.” I guess he forgot I was standing right there; I guess he thinks I’m ugly since I’m not European. Wouldn’t be the first time.

I will never pretend to know what it’s like to be a white gay guy. But I do know that ever since middle school, I could always count a patchwork of blond-haired, blue-eyed, show tune-singing boys in my group of friends. And while our views of the world are colored by vastly different sets of experiences and perceptions, I think black women, queer or not, and gay men, no matter their race, have a thing. We share something particularly special. And it goes beyond us sharing gossip about who’s a bottom and who has the best wig among the stars of Destiny’s Child.

One day when I was in high school (a very large, very white, very suburban high school), I remember telling my dad that I had a considerable amount of gay male friends. Like mother, like daughter, I guess.

“They connect with you, Shelly,” he explained. “They identify with you because you’re both minorities. You’re outsiders.”

It was simple. I got it. And even before acknowledging my own inner queerness bubbling up inside, I felt so honored to be in on the pact of outsider solidarity.

In America, gay people and women—in this case, women of color, but all women, really—face discrimination and prejudice on a regular basis, even if it’s just subtle things like the way someone will call a black woman “white” just because she speaks a certain way (cough, cough), or when the gay kid gets picked last in gym class. We’re often made to be tokens—the Token Gay Guy and the Token Black Girlfriend—not just in movies. (God, when is someone going to make a movie with those two as the lead characters, by the way?).

Ultimately I want to know, why why are we even presenting one group as being more oppressed than the other? When we play Oppression Olympics, the people who are trying to oppress us by dividing us and making us hate each other will simply keep winning. Homophobia is just like racism is just like sexism is just like xenophobia is just like classism, and so on. Sure, the history and contexts for these phobias and -isms vary, but it’s the oppressors who want us all to feel the differences. It just makes it easier for us to hate each other, so when it comes time to debate Proposition 8 or the Hobby Lobby case or the Dream Act or ENDA, it’s easy for minorities to lose. Those fights become us versus them, rather than collaborating with the thoughtful compassion we should have for each other.

I can’t speak to Sierra Mannie’s experience. I have no idea who she is or where the motivations for her op-ed came from. And at the end of the day, TIME got a ton of page views, and I hope the editors will offer her an internship or something, because she’s not a bad writer. But I also have to question TIME’s reasoning behind republishing a piece that really belongs nowhere else but the pages of The Daily Mississippian. If this is how TIME decides to handle bigger issues of race, gender, sexual orientation, and other minorities (which major news publications often lack), I hope its next attempt is more constructive.

Inherently, every person who is of some sort of minority group all shares the same need to rise above, to be even better than the world perceives us, so that eventually we can be more than cogs of some homogenous groups. We all want the same goal, to just be viewed as equal people. So why not do it together?

Michelle Garcia is the managing editor of Advocate.com. If she had to put her money on anyone in the Oppression Olympics, it would be black gay guys. They just win at everything. Follow her @MzMichGarcia.