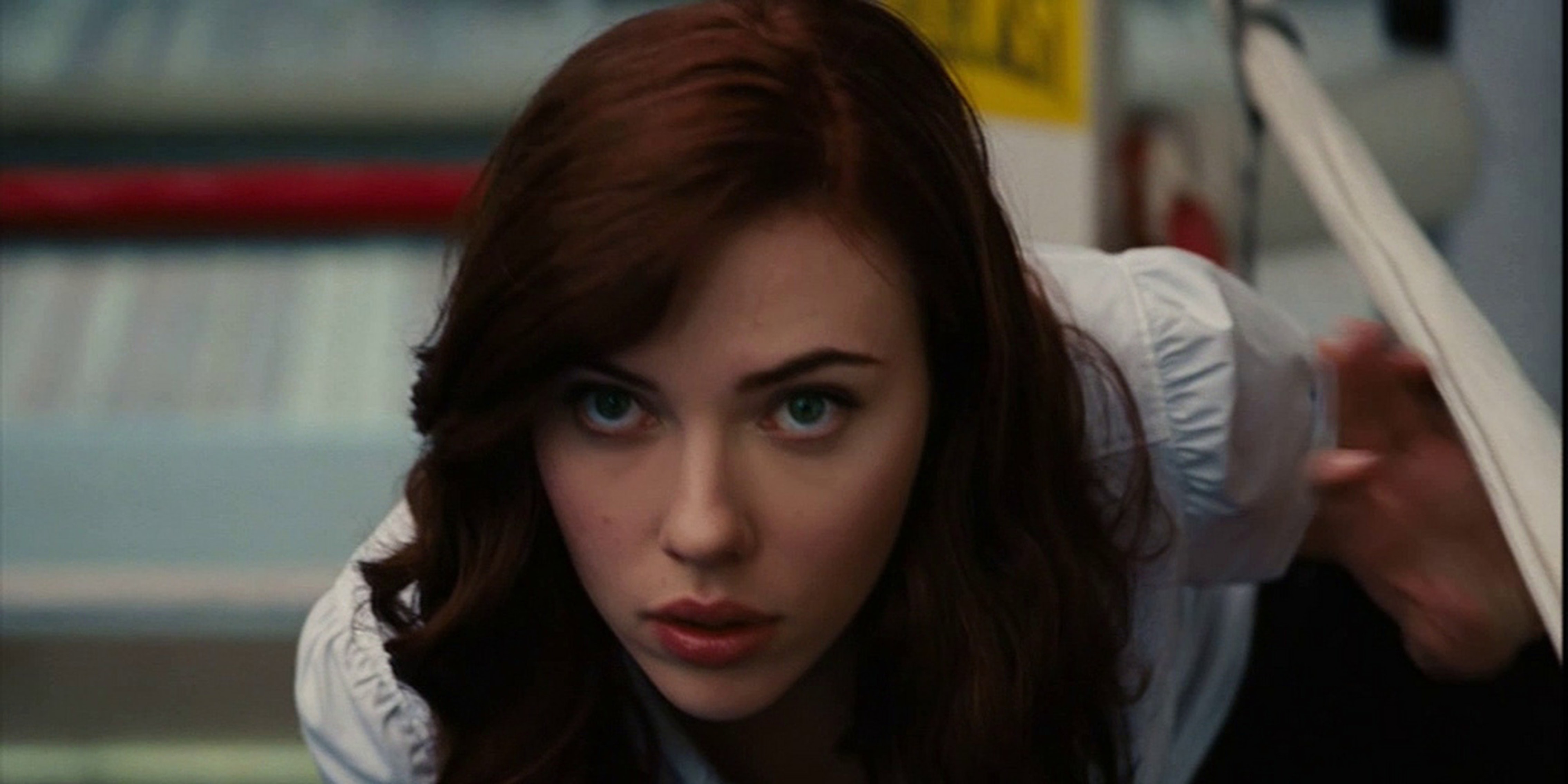 Why hasn’t Black Widow gotten her own ‘Avengers’ spinoff?

Captain America: The Winter Soldier was a step in the right direction, but Marvel needs to do more to put Black Widow in the spotlight.

In the recently released Captain America: The Winter Soldier, one of the film’s bigger surprises isn’t necessarily related to the mysterious identity of the sub-titular masked mercenary. (Just pay attention to the eyebrow game and you’ll probably piece it together if you’ve paid attention to your Marvel movies so far.)

It’s actually Scarlett Johansson’s Black Widow, a steady presence in the so-called MCU (Marvel Cinematic Universe). For really the first time since her introduction in Iron Man 2, it’s Natasha Romanoff who sets the plot of The Winter Soldier in motion, and she plays a consistently significant role throughout.

You may have noticed how uncommon this has been. By “this,” I mean a significant female presence in one of the Marvel movies. But the point isn’t just the simplistic writing-off of women in superhero movies to date but that they need to go further. It’s heartening to see Black Widow get an actual arc, since the other films in which she’s appeared often used her more as aesthetically pleasing window dressing than anything else.

Think about that iconic “rally the troops” shot in The Avengers. Thor prepares his hammer. Hawkeye draws his bow. Hulk cuts an imposing, screen-filling figure and screams. Black Widow just cocks a pistol, hip cocked to the side, in a strategically unzipped catsuit. And in Iron Man 2, she kicks in a few heads, sure, but she’s still mostly there to generate mild tension between Tony Stark and Pepper Potts.

The MCU is arguably one of current Hollywood cinema’s most powerful forces. Having a Marvel Studios tag at the opening of your film is the closest thing to box-office bulletproof that today’s ever-shifting film market has to offer. And yet, the strongest female characters it’s offered to date are Johannson’s sexy spy, Tony Stark’s girlfriend, and Natalie Portman’s girlishly breathless heroine in Thor.

And look, I get it. Rome wasn’t built in a day, and Hollywood isn’t going to change the way it considers female-driven films overnight. When a movie like Bridesmaids or The Heat emerges as a surprise smash hit, it tends to be regarded as an anomaly, a welcome surprise that scarcely portends a shift in the way movies should be made, and who they should be made for. (That Sex and the City 2 was allowed to exist, not that long ago, should give you a decent idea of what studios still think women are into.)

Part of the problem with getting a female superhero film off the ground is that it’s actually been tried before. You may remember Catwoman, a film so notoriously terrible that Halle Berry renounced it when she accepted her Razzie for Worst Actress in person. Or Elektra, the would-be expansion sequel to Daredevil, a film which had already polarized audiences in its own right.

The problem with movies like those two failing (most notably Catwoman, given a July 2004 release and positioned as a major summer tentpole for Warner Bros. after Berry’s Oscar win for Monster’s Ball, somehow) is that it’s another case of one flop dictating a trend. Paint Your Wagon once heralded the “death of the musical,” and Catwoman and Elektra might have well just declared aloud that female superhero movies were now verboten.

But that was then. Catwoman came out a decade ago this summer, Elektra in the early doldrums of 2005. And here’s the thing: not many good superhero movies of any kind were coming out just a short while ago.

It’s weird to think now that until Iron Man came out of nowhere in 2008 and created a phenomenon, superhero movies weren’t that great that often in general. Around or a few years before the release of Catwoman, we got gems like The Punisher, Ghost Rider, Fantastic Four, Ang Lee’s Hulk (which has its apologists, but is borderline insane all the same), and the aforementioned Daredevil. They weren’t all bad, Sam Raimi’s first two Spider-Man films and Bryan Singer’s X-Men work standing out, but most weren’t great.

And another common thread? The most prominent women were girlfriends, sidekicks and plot devices.

Times have changed. People want comic book movies that aren’t Green Lantern. They want a lot of them. The market has entered a period where Guardians of the Galaxy, a film that concerns a sassy raccoon and a giant tree fighting space evil, can exist with a significant budget. So where’s the introductory film for a series about a superheroine? There isn’t enough space here to address the larger issue of sexism within comic circles (just watch a few Frank Miller interviews and you’ll figure it out), but they still exist.

Where’s the standalone Black Widow movie that’s been floating around for some time now? Even if it might well involve her being double-billed with Hawkeye, it’d still be the first film in the MCU to truly foreground a female protagonist. Or the Wonder Woman movie, for which Gal Gadot has signed a contract but depends on the success of the already tumultuous Man of Steel sequel coming in 2016? (Now’s a good time to remember that Joss Whedon once said of his ill-fated quest to bring Wonder Woman back to theaters that “the lack of enthusiasm was overwhelming.”)

If superhero movies are untouchable, what’s the harm in centering one around a superheroine and seeing what happens? It might open a box Hollywood isn’t ready to open, but it’d be better than the alternative. You can make the kids’ table bigger, and maybe invite one or two of them to sit with the grownups, but that doesn’t fix anything. When everyone gets to share in the spoils of geek culture going mainstream, then we’re getting somewhere.