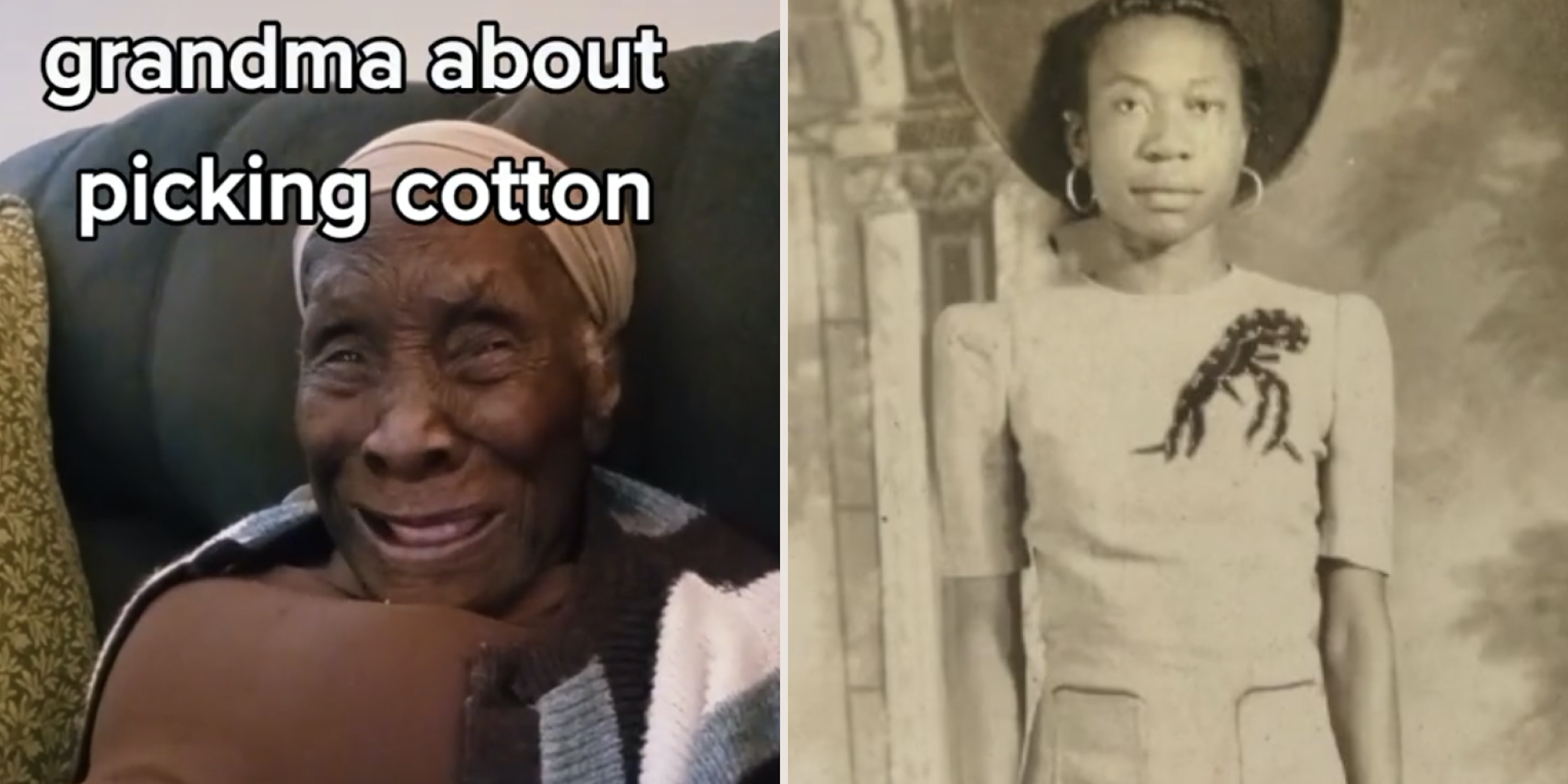 'She was born before MLK. Don’t let people tell you things were ‘so long ago.''

A video of a 103-year-old Black woman remembering her days of picking cotton went viral on TikTok this month, moving millions of users.

The video features Shanika Bradshaw (@blackbeauty_305) asking her grandmother, Madie, about her time working on the cotton fields in Georgia and Florida. Madie remembers how difficult the work was and tells her granddaughter that she worked from three in the morning to five in the afternoon.

“You gotta know how to work to do it!” Madie says.

Madie was a sharecropper, Bradshaw explained in a comment. Sharecropping was the labor system that largely replaced slavery in the South after the Civil War. Landlords rented portions of their land to tenants in exchange for a large portion of their crop.

She was paid 50 cents a day, according to a follow-up video.

“If you didn’t pick no cotton, you didn’t get that little bit of change,” Madie said in the original TikTok. “Which one you gonna do? Starve or work?”

TikTok users were touched by Madie’s story, which has already been seen by more than 3.4 million people.

“She saw the world change,” one user commented.

Many said the video served as a reminder that sharecropping and slavery existed only a few generations ago.

“She was born before MLK. Don’t let people tell you things were ‘so long ago,’” another user commented.

Others lamented the injustices Madie and other Black sharecroppers faced.

“This is such a clear case for reparations,” one user said.

Bradshaw thanked viewers for their support in a follow-up video.

“Y’all have showed up and showed out in the comments,” she said. “The things that they went through back in the days, nobody really gets a chance to talk about it.”

Madie feels “no different” after going viral, Bradshaw says in another video.

“I’m just regular,” Madie is quoted as saying. “You know I’m a down to earth kinda person.”

The Daily Dot has reached out to Bradshaw for comment.