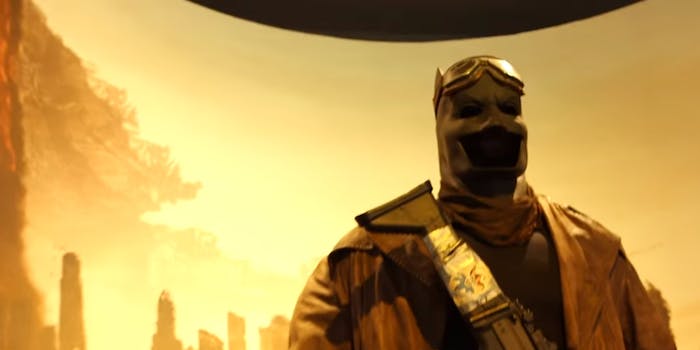 Is this Satoshi Nakamoto?

Newsweek journalist Leah McGrath Goodman claims to have found Satoshi Nakamoto. Is it him?

For five years, as Bitcoin emerged out of a proposal paper and then rose to worldwide prominence, the identity of its inventor was one of the tech world’s greatest mysteries.

After a two-month investigation, Newsweek journalist Leah McGrath Goodman claims to have found Satoshi Nakamoto standing next to two cops outside of his Temple City, Calif., home. Unsurprisingly, the man didn’t want to talk to the press.

The biggest surprise about the enigmatic inventor of Bitcoin is that he used his real name on the cryptocurrency’s proposal paper, although he altered it slightly three decades ago to “Dorian Prentice Satoshi Nakamoto.”

The 64-year-old Japanese-American was described by his brother as “brilliant physicist” but an “asshole.” He was unwilling to talk to Goodman about Bitcoin. And when he maintained contact and acted as an advisor to Bitcoin’s current stewards, like Gavin Andresen of the Bitcoin Project, Nakamoto refused to discuss anything but code.

Nakamoto, who reportedly has done classified work for the U.S. government and the private sector, never spoke on the phone with anyone, including fellow Bitcoin developers. He didn’t discuss his personal life or anything that linked to his identity. He was supremely evasive at almost all times with very good reason: He’d invented a new, extremely lucrative way to think about money. Along the way, he amassed a $400 million fortune. It makes sense for him to be serious about security.

But then why did he use his real name? Nakamoto has long been theorized to be a cipher or some other nickname but instead, it turns out that finding him was as easy as Goodman looking at a database containing the registration cards of naturalized U.S. citizens.

“I got the impression that Satoshi was really doing it for political reasons. He doesn’t like the system we have today and wanted a different one that would be more equal. He did not like the notion of banks and bankers getting wealthy just because they hold the keys,” Andresen said.

Now, Andresen is unhappy that Nakamoto’s identity has been so plainly hung out for the world to see.

The Bitcoin community at large is annoyed with the revelations. Some claim that Newsweek has painted a target on the man’s back. Other Bitcoin fans are saying Newsweek should be worried about backlash.

@CryptoCobain this is all gonna backlash on Newsweek so hard… pissing off an entire community of geeks and hackers is always a smart move.

Nakamoto’s daughter describes him as “very wary of government interference in general.”

“When I was little, there was a game we used to play,” she told Newsweek. “He would say, ‘Pretend the government agencies are coming after you.’ And I would hide in the closet.”

Nakamoto has been dealing with serious health issues for several years now, including prostate cancer and a recent stroke. His kids, who he hasn’t seen for several years, say they’re “flabbergasted” at the idea that he is the inventor of Bitcoin—but that, if he way, staying undercover and out of view lined up perfectly with his overtly “paranoid” and “private” personality.