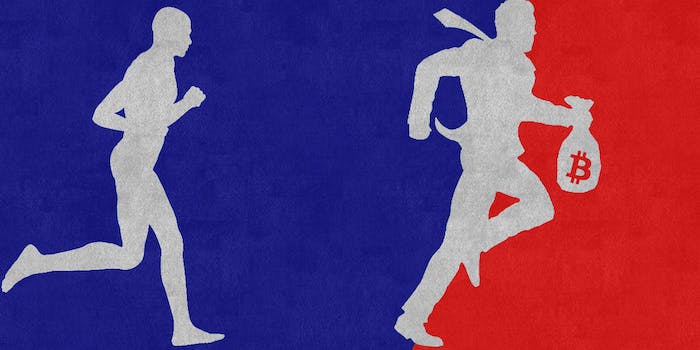 Payment company BIPS confirmed it had been robbed of Bitcoins worth more than $1 million.

This is at least the second time that a Bitcoin exchange service has been robbed for such a sum. In October, Australian service input.io was robbed of 4,100, an amount worth about $1.2 million at the time, or $3,311,119 today.

BIPS actually admitted the breach last Tuesday, calling itself a “target of a coordinated attack, and admitted that “several consumer wallets have been compromised.” It didn’t offer a detailed explanation of the attack, and temporarily suspended some users from making transfers.

But it wasn’t until Monday that Bitcoin news site Coinbase reported on the actual transaction, which is public thanks to Bitcoin’s blockchain, the ledger that keeps track of every transfer. As noted by Softpedia, one angry BIPS customer is now trying to rally others to sign up for a potential lawsuit.

BIPS founder Kris Henriksen confirmed to the Daily Dot that the enormous transfer was indeed from Bips accounts to the pseudonymous robber’s wallet.

“And this is my fifth day without sleep,” he added.