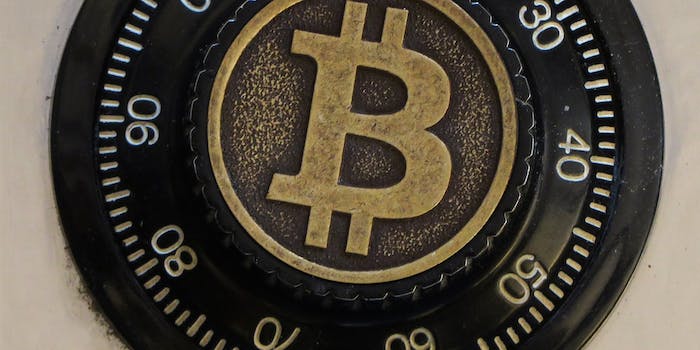 In the weeks ahead, the press will mourn the death of Bitcoin.

In the weeks ahead, the press will mourn the death of Bitcoin.

“A failed experiment,” they will say.

Yes, failed experiment. You could call it that.

Or you could call it an experiment that was working brilliantly until several of the largest, most ruthless governments on Earth decided to make crippling it their top priority.

Let’s do a quick recap of the state of governance around the world in 2014. The geopolitical landscape is increasingly controlled by three superpowers, their relative level of governing sensibility is outlined for readers below:

At one point, these governments were arguably formed with some intention of serving the public. Today, this is quite clearly not the case, at all.

For Chinese government censors trying to decide if this blog post should make it past the Great Firewall, I have only one thing to say: Google Tiananmen Square. Tiananmen. Tiananmen. These are the kinds of people you work for. Brutal, violent thought censoring kleptocrats, who praise the virtues of the “free market” yet outlaw their own citizens from transacting in harmless digital bits. And do everything in their power to keep your poor rural population shielded from images of the Party leadership’s children living extraordinary lives of luxury and arbitrary, unearned privilege.

But I don’t mean to single out China’s overreaching, vast, Orwellian government. Because we have one of our own right here at home to criticize!

For months, U.S. Senators, regulators, law enforcement officials and almost anyone else who gets a paycheck from Uncle Sam has described Bitcoin as an exciting new “digital currency.” Like, that’s literally the classification they’ve always gone with. Let’s examine this recent letter from former Fed Chairman Ben Bernanke:

Historically, virtual currencies have been viewed as a form of “electronic money” or area of payment system technology that has been evolving over the past 20 years. Over time, these types of innovations have received attention from Congress as well as U.S. regulators. For example, in 1995, the U.S. House of Representatives held hearings on “the future of money” at which early versions of virtual currencies and other innovations were discussed. Vice Chairman Alan Blinder’s testimony at that time made the key point that while these types of innovations may pose risks related to law enforcement and supervisory matters, there are also areas in which they may hold long-term promise, particularly if the innovations promote a faster, more secure and more efficient payment system.

So then why did the IRS this past week, without giving time for public input or consulting a single outside expert, unilaterally rule that Bitcoin is not a virtual currency at all, but instead digitally transferred property.

This classification makes Bitcoin all but useless as a currency for everyday transactions (the hypothetical “cup of coffee” transaction), and very burdensome as well if used for larger transactions (buying a house or selling a car in Bitcoin).

It also brings into question why the government has been going after Bitcoin businesses with a vengeance, if in fact they are not transacting in a recognized currency.

The IRS ruling puts a Bitcoin on the same legal footing as a block of firewood or a truckload of bricks or a sofa. You don’t need a million dollar, highly regulated “sofa transmission license” to sell your last sofa to someone on Craigslist.

In closing: yes, the price of Bitcoin is tanking. And it may not survive. It’s essentially been given the all-out psycho treatment from two of the three great superpowers, and Russia hasn’t been too keen on it either.

Look guys, we get it. When your fiat currency is threatened, it makes you wonder how the prisons, drones, government censors (in China’s case), redundant aircraft carriers, drug sniffing dogs, TSA rent a cops—how will we continue to pay for all these things??

That’s not our concern. We’re consumers, trading digital bits, and we have been told by these respective governments for months that Bitcoin is “exciting” and “new” and—above all else—a currency.

The IRS’ ruling last week is about as logical as something the Joker might send to Batman.

I don’t know whether to attribute it to malice or incompetence, but either way, Bitcoin innovation in the United States will grind to a halt unless the ruling is revisited and brought into greater compliance with what America’s elected officials and economic experts have been calling Bitcoin all along.

And in China, where things like individual rights, press freedom, and the environment take a backseat to the all-powerful “free market,” their crackdown is even more of a transparent hypocrisy that must be corrected by the saner elements (if they exist) within the Party’s leadership ranks.

If the U.S. and China get their regulatory heads out of their asses, and if cryptocurrency returns in some form, I don’t think it will be Bitcoin that takes off. Between the Silk Road baggage and all the negative PR Bitcoin has attracted (exchange failures, Mt. Gox, wallet heists, the Dorian Nakamoto piece, etc), I think consumers will move toward something without any of that.

I’ve bought some Vertcoin due to this—it was created this year, so no shady roots, and the creator is a former developer for companies like Microsoft and Accenture. I think the algorithm will do a better job of keeping coin mining decentralized and well-distributed, a problem Bitcoin has had lately as mining increasingly becomes the domain of well-funded server farms. Decentralized currency works much better when it’s actually decentralized.

Regardless of what coin comes next, I don’t think governments can stop the idea of cryptocurrency itself. All they are doing is forcing developers out there to create better, more paranoid coins—similar to how the recording industry’s vendetta against Napster didn’t stop music sharing, it enabled it to occur on a much wider scale (they stopped Napster, so the Internet went with Bittorrent).

And really, the lady doth protest too much. If cryptocurrency is so untenable and dangerous, as governments maintain, let it collapse on its own lack of merit. Don’t suffocate it with inappropriate classification or authoritarian bans.

This article was originally featured on Medium and republished with permission. David Seaman is a journalist and host of the David Seaman Hour, available free on iTunes Podcasts and Stitcher.