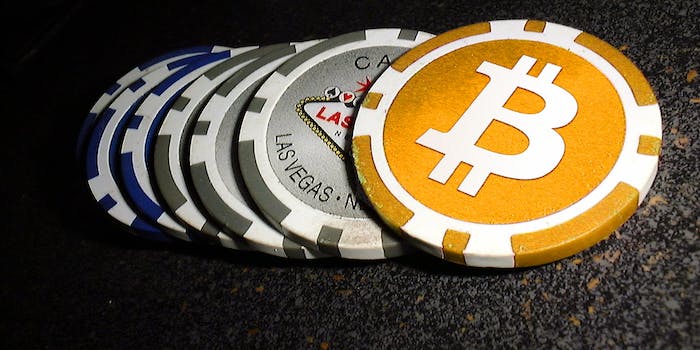 Bitcoin entrepreneur Charlie Shrem said he'd go to jail for Bitcoin if he had to. Now he might not have a choice.

On Monday, the morning after he was arrested by IRS and DEA agents at the airport on accusations of money laundering, Bitcoin evangelist Charlie Shrem appeared in Manhattan criminal court, where a U.S. attorney told a judge that the 24-year-old shouldn’t be released on bail. And to make his case, the attorney played a YouTube video.

In a video interview posted on the site on Oct. 18, 2012, and played on a big screen in the courtroom, Shrem told the libertarian activist Adam Kokesh that that he was prepared to leave the U.S. if his company were “taken down,” and that he and other core bitcoiners were “ready to go to jail for Bitcoin.”

“What the government can also do is try to arrest or take down companies that try to push Bitcoin ahead. If our company which acts as a bridge between bitcoins and dollars were taken out, Bitcoin would take a hit. We have contingency plans, I have a plane ticket ready to take me to Singapore with another corporation already set up. And you know a lot of us core bitcoiners are ready to go to jail for Bitcoin.”

“We have someone from the Department of Homeland Security trying to come to our office and speak to us,” he said with a grin. “We don’t wanna let ’em in.”

It looked like the old days of Bitcoin: the rush of a financial frontier and the proud free-wheeling of the Silk Road—days that many proponents of Bitcoin today wish could stay buried online, as they propose new ideas for self-regulation and wash themselves of more extreme libertarian hues in a continuing reach for mainstream adoption. Happily for Bitcoin’s boosters, a Google search for the term no longer starts with entries about the Silk Road. But like email records or Tor-based transactions, sometimes thought to be secret, old improprieties aren’t invisible. And they’re especially visible when they’re part of the mainstream narrative, where Shrem was sometimes front and center, cheering the ideals of a decentralized currency model.

In spite of Shrem’s idealism however, the government says he worked with a Silk Road exchanger named “BTCKing” for ten months to launder over $1 million in bitcoin. Just a week after the interview, on October 27, 2012, Shrem’s business with the exchanger, whose real name is Robert Faiella, ended when BitInstant’s cash processor told Shrem he had failed to provide “an acceptable response” to “numerous requests for information” about BitInstant’s “resellers and their clients.”  There’s no evidence that Shrem continued to engage with the Silk Road.

On Monday, Shrem was released on a $1 million bond, subject to house arrest until his next court date. That figure was derived from Shrem’s known assets, including his family’s two mortgages. But apart from the mention of an offshore account there was no mention of any Bitcoin assets, nor of his ownership in the Bitcoin-accepting midtown nightclub EVR. His lawyer told the judge that Shrem’s claim to being a “millionaire” was based on speculation. While Bloomberg Businessweek had dubbed him a “Bitcoin millionaire”, attorney Keith Miller said that BitInstant simply had a valuation of millions of dollars, but that that had changed since the company ceased operating over the summer.

Read the full story on Motherboard | Illustration via Max Fleshman