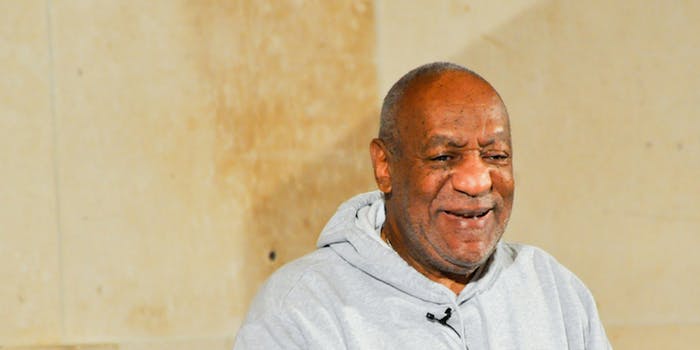 Bill Cosby really shouldn’t have asked Twitter to meme him

That awkward moment when rape jokes are sort of OK.

I think all of us will remember where we were when this was tweeted from Bill Cosby’s account amidst a national discussion as to whether the legendary comedian is a serial rapist. 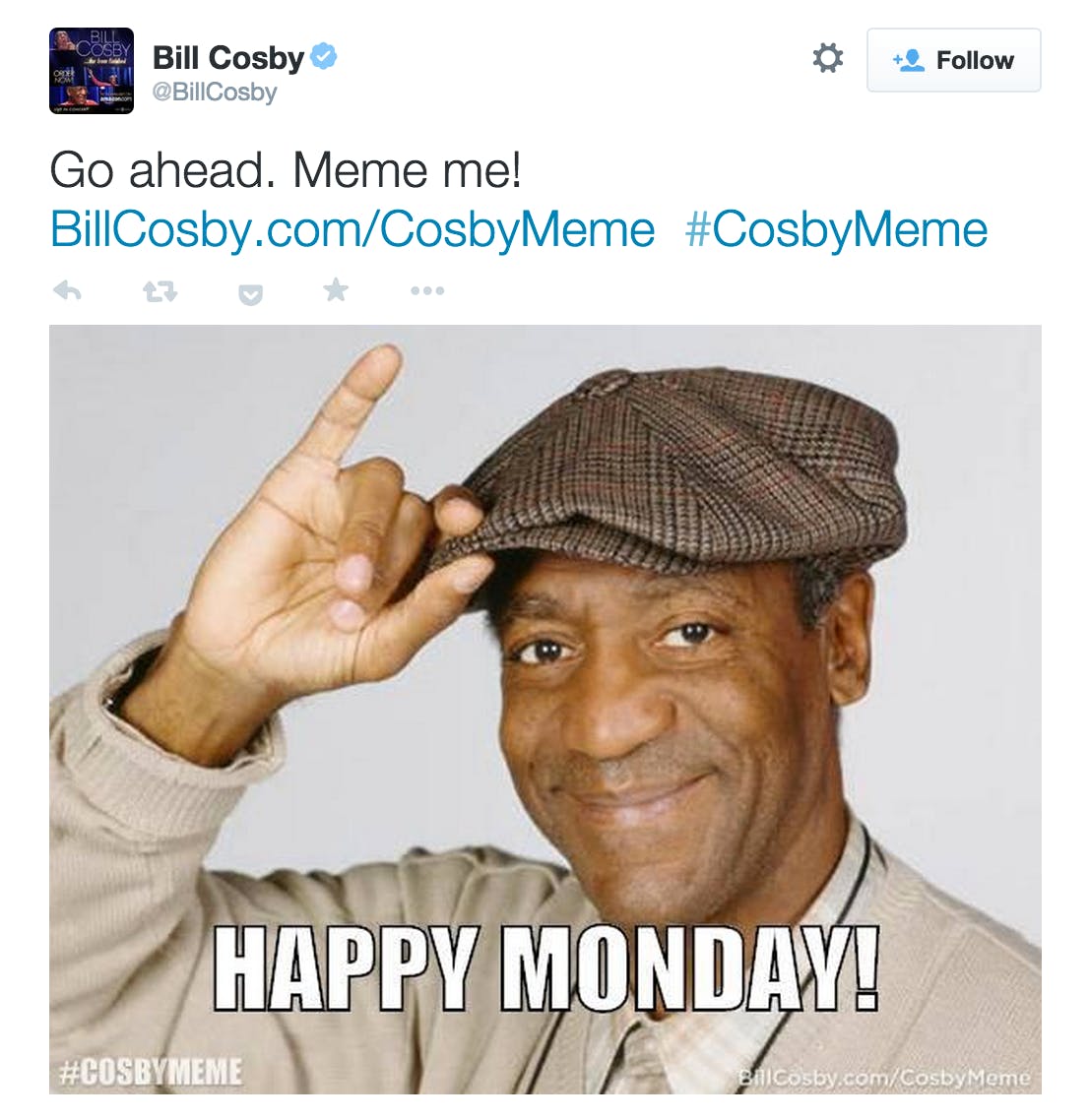 And meme him Twitter did, though not in the innocuous way Cosby’s social media team for some reason expected. In fact, very few people had anything nice to say about the guy. Most focused on the fact that Cosby was accused in a civil lawsuit of drugging and sexually assaulting 13 women—the suit was settled in 2006—a matter that came to light again recently following comments by fellow comedian Hannibal Buress.

Consider yourself warned: These tweets are brutal.

Still waiting on my @BillCosby meme to get approved! I wonder what’s taking so long… #CosbyMeme pic.twitter.com/3RQrC3s7v9

What is it they say in show business? Something about knowing your audience?

When you can’t drag a man into court, trial by Twitter has got to be the next best thing.