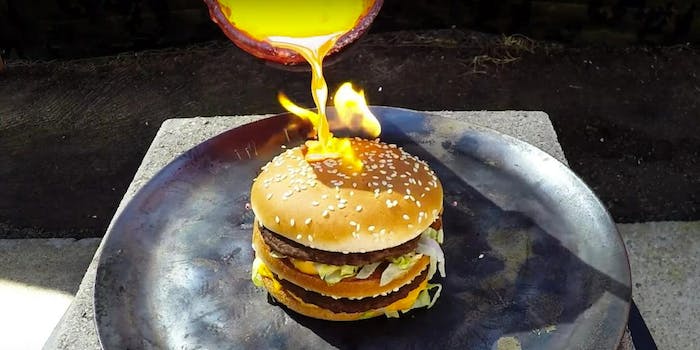 This is only slightly more dangerous than eating a Big Mac.

YouTuber Tito4re is obsessed with pouring molten copper on things, including coke cans, watermelons, Hot Wheels toy cars, and even, in one somewhat meta instance, other copper.

So why not a McDonald’s Big Mac? After all he made sure to buy two so he can still eat one before destroying the other. 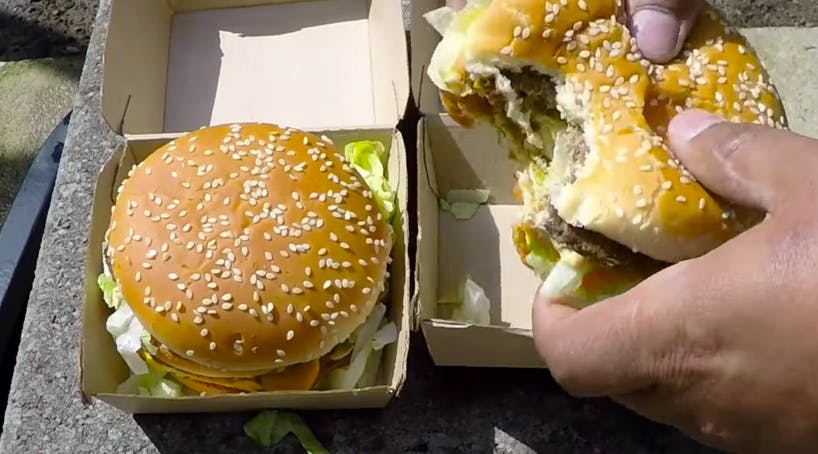 We were all probably hoping to see a copper-coated sandwich at the end of this but, as it turns out, that’s not how science works.

The liquid metal just sets the bun of fire, then the guy dismantles the sandwich and basically cooks it with copper. The end result does look kinda cool though.

If you were hoping for something a little more dramatic, you can check out this video of him pouring copper over a block of ice, although the title is a bit of a spoiler.