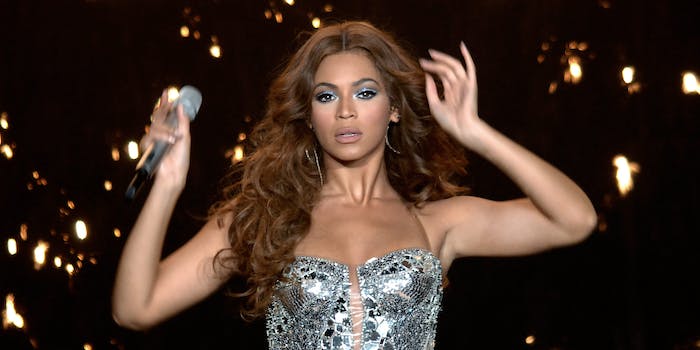 Bey rapped about OnlyFans in the 'Savage' remix.

Megan Thee Stallion and Bey released the “Savage” remix yesterday. While the song was met with praise and memes, it’s the line about OnlyFans that’s stuck out the most to listeners.

“Hips TikTok when I dance/On that Demon Time, she might start an OnlyFans,” Beyoncé raps at the beginning of the song.

OnlyFans, the subscription platform used primarily for NSFW content, was quick to respond to the viral song.

“Beyoncé, and any artist, are welcome to join OnlyFans at any time to foster a deeper connection with their fans,” OnlyFans wrote in a statement to the Rolling Stone.

The Bey-OnlyFans interaction prompted Twitter memes, with some suggesting they’d spend their last dollar on her subscription.

“If Beyoncé made an OnlyFans all you b*tches going out of business,” Twitter user @landonromano wrote.

Others commented that if Beyoncé made an account, they would too.

People also made memes about Beyoncé knowing the line would make people freak out on social media.

“Beyoncé when she wrote, ‘On the Demon Time, she might start an OnlyFans’ knowing the frenzy it would cause,” one Twitter user wrote along with a laughing GIF.

Megan Thee Stallion’s single “Savage” has been viral on TikTok for weeks as creators participate in a dance challenge to the song.

Whether or not Queen B opens up an OnlyFans account, she’s sure to continue the viral dancing trend on TikTok with the new remix.