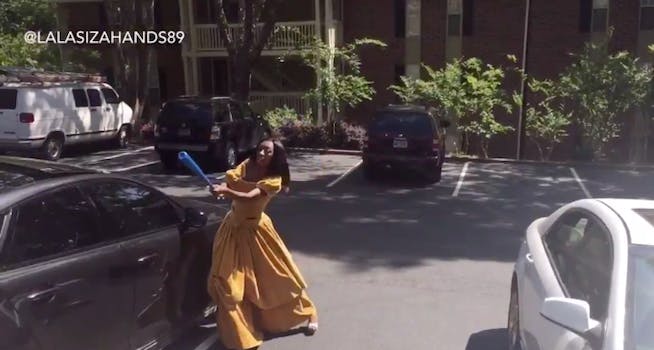 She made some lemonade.

Nobody can compare to Beyoncé—and this comedian is up front about that in her attempts to channel Queen Bey.

In a “Great Value” version of Beyoncé’s music video for “Hold Up,” from the singer’s new album Lemonade, Internet comedian @LaLaSizaHands89 brings a true budget aesthetic to the song but adds tons of laughs.

She has no cute little downtown area full of stores to stroll through; just the parking lot of an apartment complex. And her dress might be the same color as Bey’s, but that’s all they have in common. She can’t even get a real bat, let alone send it crashing through a man’s car window without getting called out for what she’s about to do.

This video might simply be “great value,” but that face she makes right before she drops the bat is priceless.