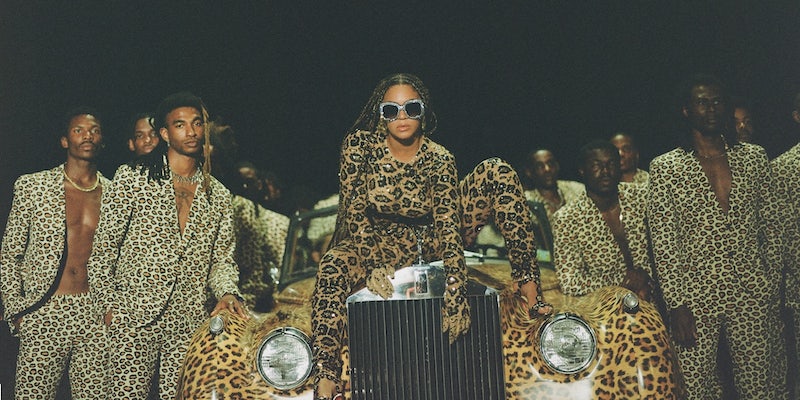 Beyoncé to release a new visual album through Disney+

It's a visual adaptation of her 'Lion King' concept album.

Beyoncé has written, directed, and produced a new visual album, but unlike Lemonade, this one will only be available through Disney+.

This unexpected format makes more sense when you know this isn’t actually a new album. It’s a visual expansion of the music she curated for the live-action Lion King. The audio album The Lion King: The Gift came out in July 2019, combining clips from the movie with new tracks by artists including Jay-Z, Childish Gambino, Pharrell, Wizkid, and Yemi Alade—a star-studded lineup of American and African musicians.

The visual version, titled Black Is King, stars some of the album artists and was filmed last year. Disney’s announcement describes it as “a celebratory memoir for the world on the Black experience.”

“The voyages of Black families, throughout time, are honored in a tale about a young king’s transcendent journey through betrayal, love and self-identity,” the announcement reads. “His ancestors help guide him toward his destiny, and with his father’s teachings and guidance from his childhood love, he earns the virtues needed to reclaim his home and throne.”

Beyoncé also voiced the character Nala in The Lion King, and is rumored to be in talks for a $100 million deal with Disney, prompting speculation that she could be involved in the next Black Panther movie.