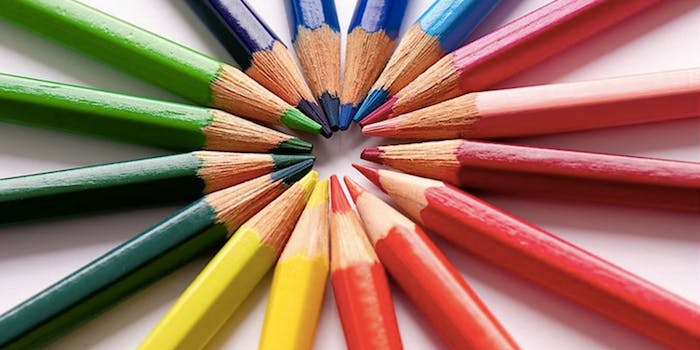 Taking arts and crafts to the next level.

It’s become common knowledge that coloring books are the best analog tool for getting adults to calm the hell down. We’ve taken our longing to be children to this natural extreme, and science has backed up that inclination. A super sad New York article confirms that we’re way less creative and fulfilled in our grown-up lives, and coloring books provide an easy escape from the frankly grayscale workaday world.

Now that coloring books have taken off faster than the fleeting aroma of a lemon Mr. Sketch marker blackened with use, the Internet has lovingly stepped in to oversaturate us with all things coloring book. From deviant alterations to short and sweet memes, behold: 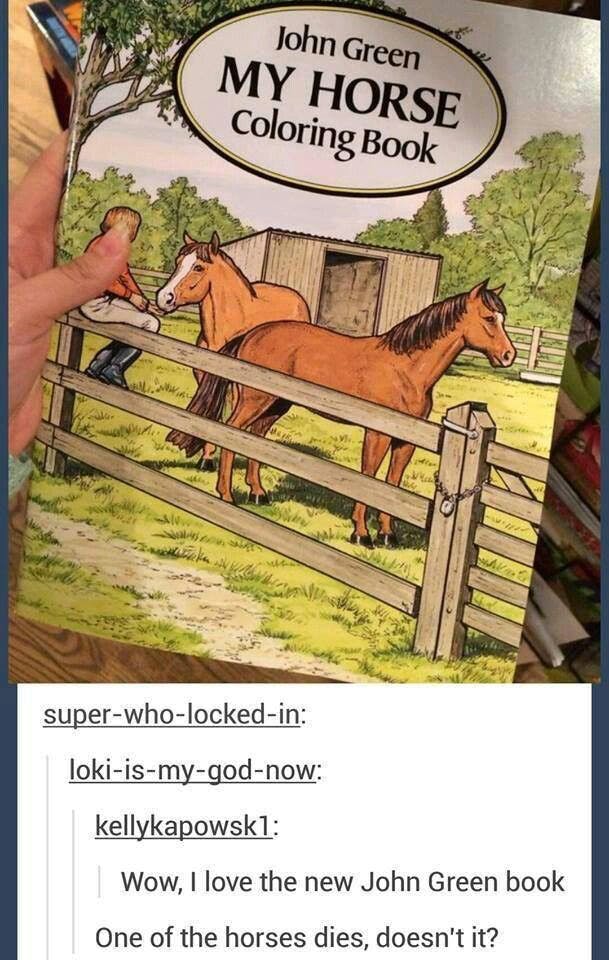 Contrary to popular belief, once a person is bestowed a full name, they don’t get to immediately copyright and keep that shit exclusive like some type of unique snowflake with an LLC. There are many John Greens out there. Apparently there is one who makes coloring books. The John Green we all know (and endure) best is the YA author who gifted the world with Looking for Alaska and The Fault in Our Stars. Imagine opening the My Horse coloring book only to find the line drawing equivalent of a whinnying death rattle from your beloved steed. Clearly this coloring book was destined for meme-hood no matter what was behind its cover. 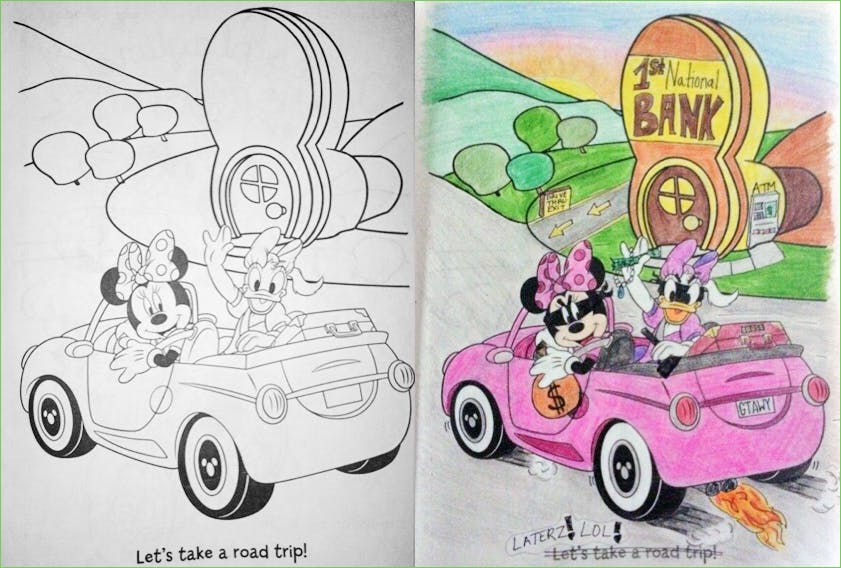 Back in March of 2014, an unnamed hero embarked on an adulteration mission that would set the scene for Coloring Book Corruptions. The site solicits guest posts of normal coloring book pages gone bad—think this submission from Reddit user TraCity of Minnie Mouse and Daisy Duck robbing a bulbous bank and taking off in the world’s most obvious escape vehicle. 2015 saw a full year of NSFW crayon bangers as momentum mounted for kid’s coloring books made a little too adult. (If it were up to me, there would be far more penises dotting the scanned newsprint pages. The fact that the phallus doesn’t reign supreme on Coloring Book Corruptions actually kind of shows the ingenuity of some people.) 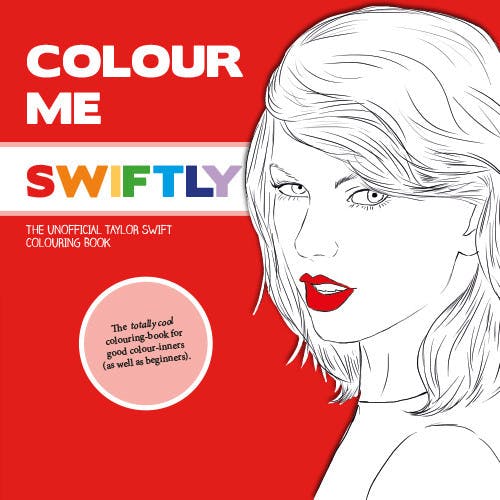 Mel Elliott makes coloring books for the people. Think sketches of Benedict Cumberbatch and some “hey girl”-worthy Ryan Gosling works of art. Her best work just might be this T-Swift gem, however. The singer can be anything you want her to when set to the pages of a coloring book—unless you’re this angry Amazon reviewer who thinks the drawings looking nothing like the pop superstar. Perhaps Elliott is highlighting the Illuminati lizard-person conspiracy theories about Swift. Haters gonna hate. 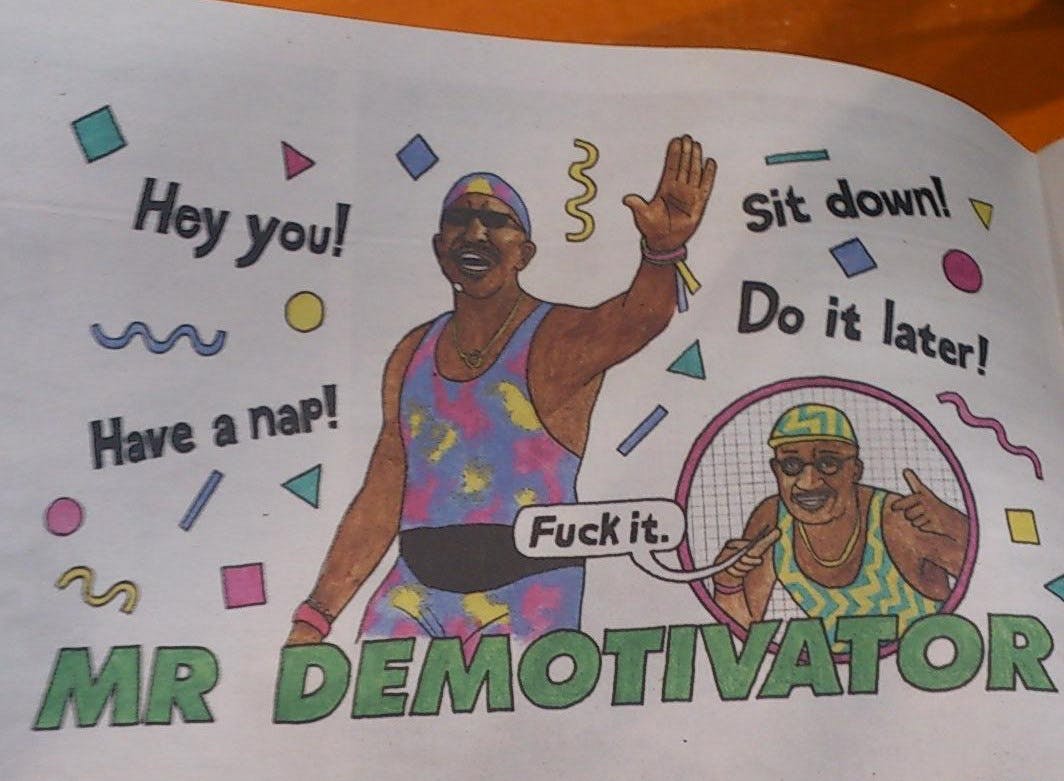 Mr. Demotivator is celebrating two full months as my desktop background, anchoring my apathy and providing a fantastic alternative to Derrick Evans, the actual Mr. Motivator, who just goes by “Mr. M” now. The spandex-clad ray of workout sunshine was used to inspire kids in Great Britain but, I mean, fuck it. Spelling Mistakes Costs Lives dug deep into the crayon box and came up with meme gold. 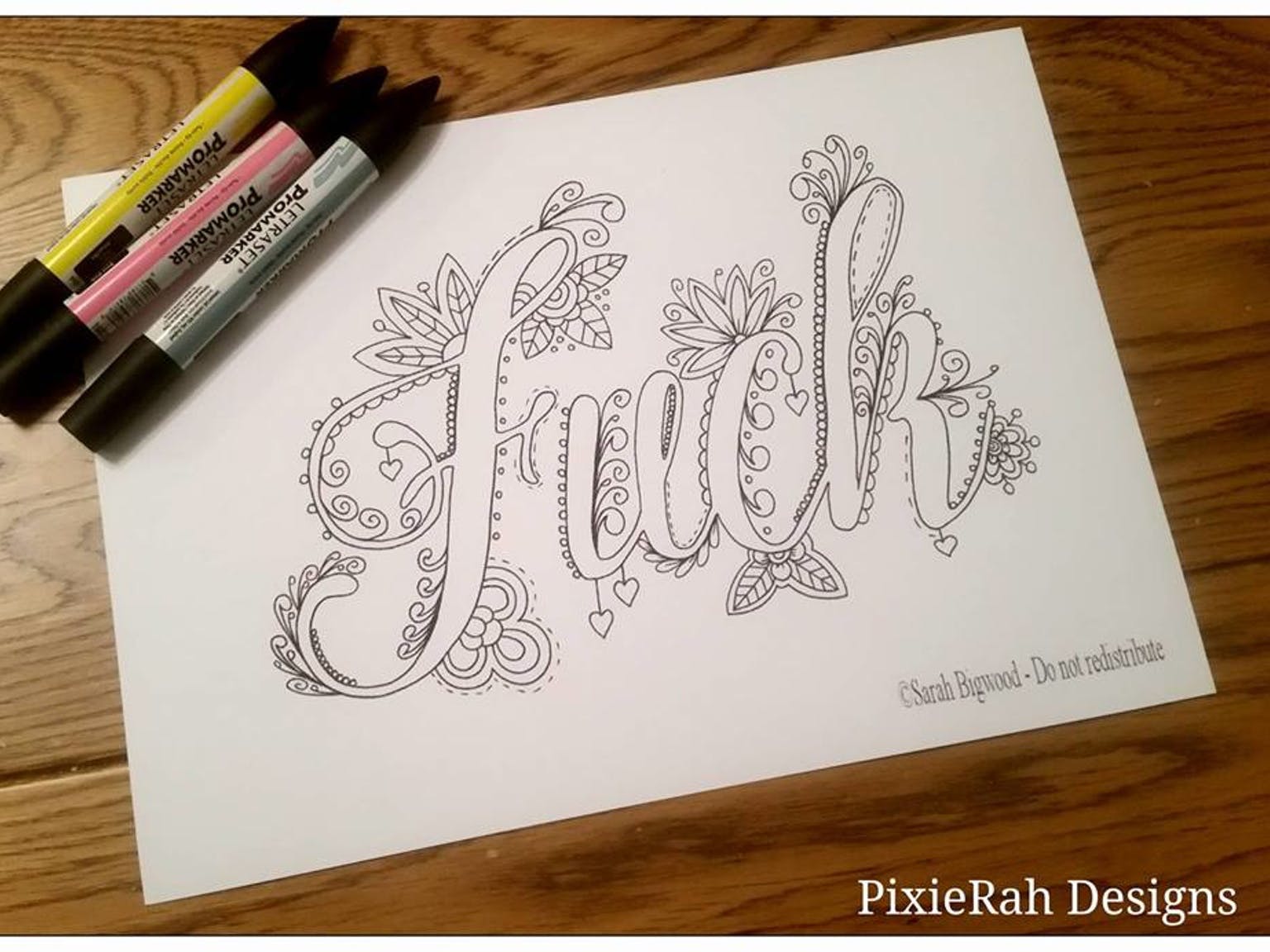 If you’re seeking a little more edge to your coloring but simply aren’t imaginative enough to edit an innocuous photo of Winnie the Pooh so he looks like a leather daddy, then has Kickstarter got some decent news for you. A more than fully funding campaign for the Sweary Coloring Book is making your color-me-bad dreams a reality. 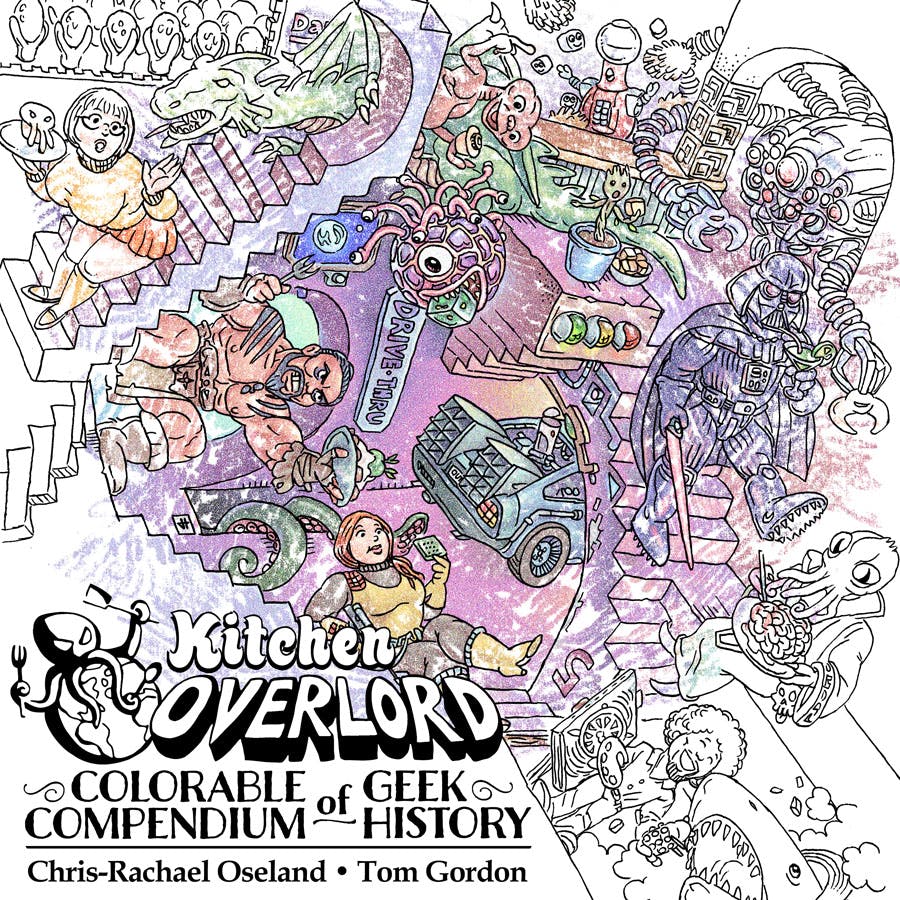 Kitchen overlord Chris-Rachel Oseland teamed up with Tom Gordon for the ultimate companion (lololol, Doctor Who joke) to his series of nerdy cookbooks showcasing iconic culinary scenes from across the nerd universe. Kitchen Overlord: Colorable Compendium of Geek History shows that the sky’s the limit for coloring books, unless you’re still abiding by the Mr. Demotivator ethos and haven’t yet gotten out of bed yet. 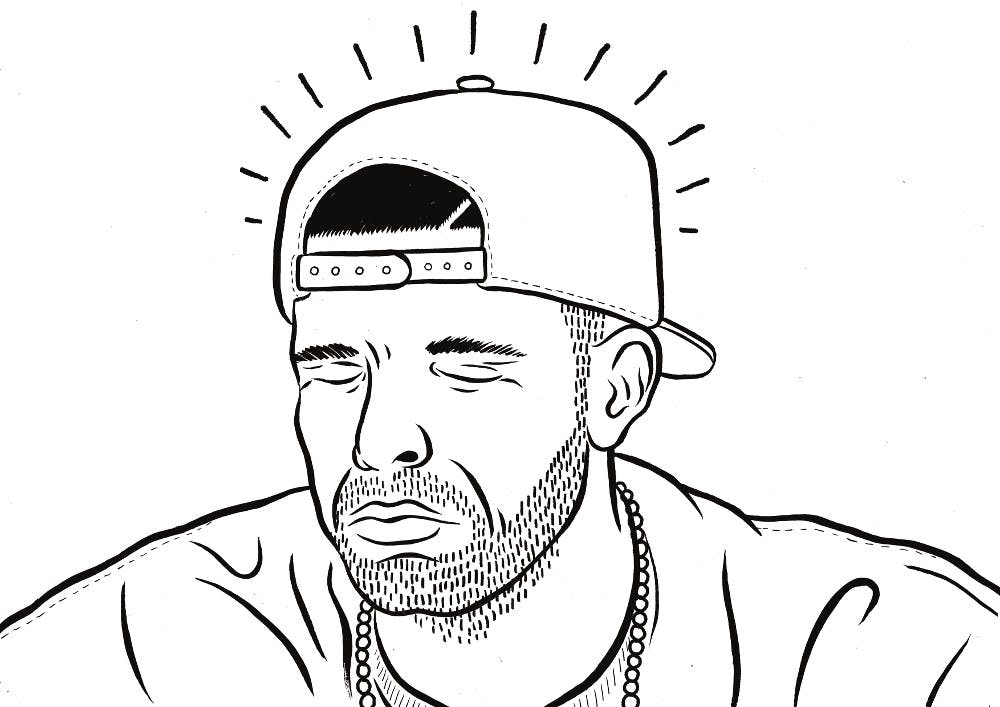 If you’ve ever listened to Drake or watched his Degrassi character Jimmy go from mildly innocuous side drama to front-and-center story arc after getting shot (spoiler alert?), then chances are you’ve felt the deep feels of the hip-hop star. Drake revels in his emotions, and now you can revel in coloring them with Under Star Projectors: The Drake Coloring Book. A whole gaggle of artists and fellow sad-sacks were enlisted to turn the phrase “motherfuckers never loved us” into a drawing just begging to be enhanced. Put down that “Hotline Bling” and pick up a crayon, because hold, on we’re going coloring.

Photo via Nicolas Buffler/Flickr (CC BY 2.0)