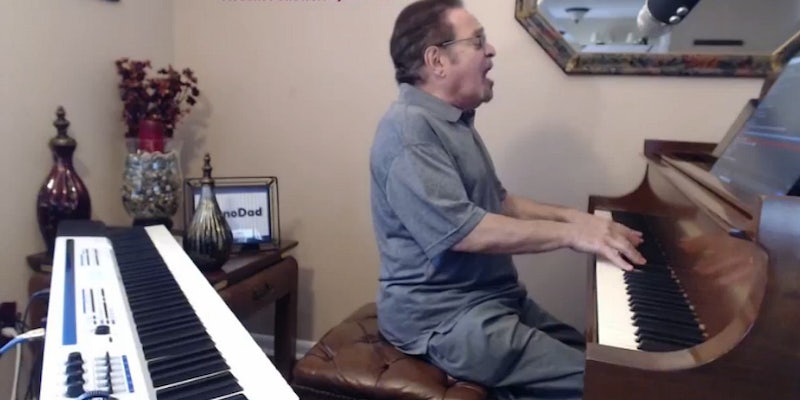 Yes, but does he know Triple H's ring entrance music?

Bernie Katzman is probably the most popular improvisational Internet piano player on earth at this moment. The 71-year-old spends much of his time on Twitch, taking requests from the tens of thousands of strangers who are watching him and donating money for the ongoing performance.

This dude is pretty fantastic.

Bernie Katzman is a gift from god

He can play Muppets songs or the Forrest Gump theme or a little Super Mario Brothers action. Pretty much anything you ask.

But Katzman isn’t a superhero, and that means he’s susceptible to an occasional run-in by pro wrestler John Cena. In case you’re not familiar with WWE’s biggest superstar and his penchant for totally ruining everything, take a look.

Bernie, however, doesn’t seem to mind Cena’s interruptions. Prepare to be dazzled.

Katzman was a music teacher for 28 years in New York City, and since moving to Florida, he has regular gigs playing senior living facilities.

“I don’t ever plan on retiring from music,” he told WJCT last February.

And thousands of people on the Internet are thankful for that every day.