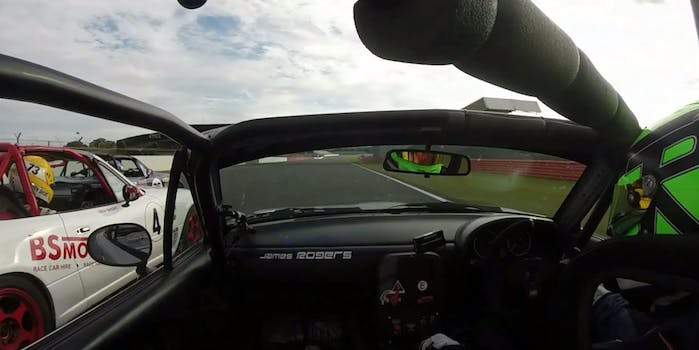 Note to self: Never play Ben Short in Mario Kart.

When it comes to racing, there are more ways to beat out your competitors than simply running them off the track and hoping that they explode into a ball of fire.

During the second race of the 5Club MX5 Cup Silverstone International in Europe, driver James Rogers was casually piloting his Mazda around the track. As he attempted to overtake fellow racer Ben Short, his car receives a daring—and hilarious—little adjustment from Short.

Rogers clearly did not see that coming.

Once the video hit Reddit, cries of unsportsmanlike conduct popped up everywhere, while others commended Short for his off-the-charts trolling level. Redditor j0be even immortalized the move in a GIF.

Note to self: Never play Ben Short in Mario Kart.