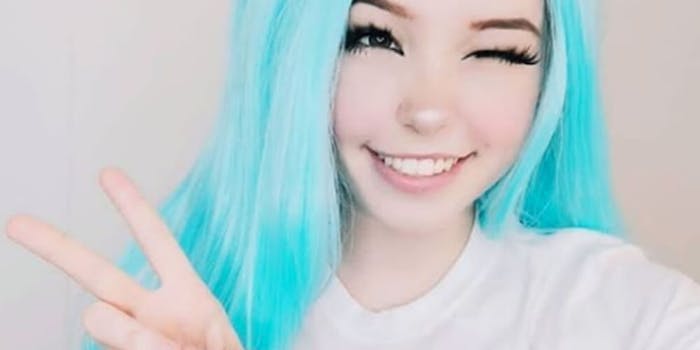 Did Belle Delphine really get arrested?

She's a master troll, after all.

Delphine has been laying low as of late. She was banned from Instagram after a mass reporting campaign (she’s back now), and then she took some time to recover from a bad bout of food poisoning.

Yet on Monday, Delphine popped back up on everyone’s radar to announce that she was arrested, and she had the mugshot to prove it–complete with smeared mascara and a metropolitan police watermark.

I got arrested lol pic.twitter.com/11GJXHpLqF

Speculation is rife about the details surrounding her arrest. Some think she was arrested for tax fraud, while others believe it has more to do with her bathwater shenanigans.

“This is what happens when you poison half the nation with your bathwater,” Twitter user @nopeifyaltalt wrote.

Twitter user @OMGIJ252 joked that Tekashi 69 outed her as a gang member, yielding the only response from Delphine thus far. “Delete this now,” Delphine wrote.

As one user noted, mugshots in the U.K. don’t have watermarks on them and aren’t released until the person in question has been officially charged by the magistrate court.

Mashable and the Gamer pointed out that she might have even faked her own mugshot in an attempt to elaborate on comedian h3h3’s conspiracy theory that the reason she vanished from the internet was because she got in trouble with the Royal Mail over her bathwater stint (you cannot ship bodily fluids through the Royal Mail).

Just a quick reminder that the police in the UK don’t release mugshots until someone has been sentenced at Magistrates/Crown Court. This Belle Delphine mugshot is about as real as her bathwater stunt. #belledelphine

The Daily Dot has reached out to Belle Delphine.