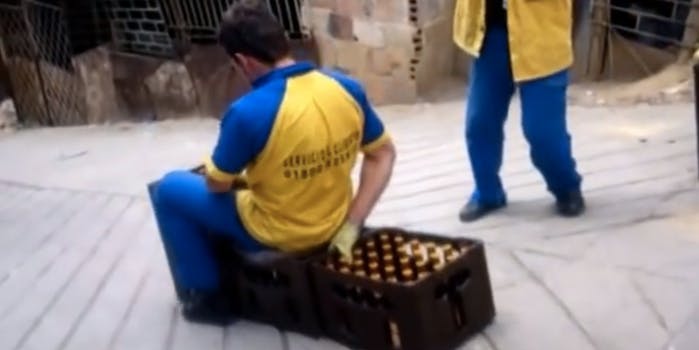 Why carry your beer when you can ride it?

A group of delivery men in Colombia figured out the most effective way to get a case of beer down a hill is simply to turn several of them into a makeshift sled and coast down. Not only is it a fun activity, but you’ve got a ton of beer with you when you arrive at your destination.

The video was shared under the headline, “El Colombiano no se vara!!! y menos si es por cerveza” (Translation, “The Colombian will not leave and even less so if it’s for beer.”) Makes sense to us, why would you want to separated from your crates of beer for even one moment?