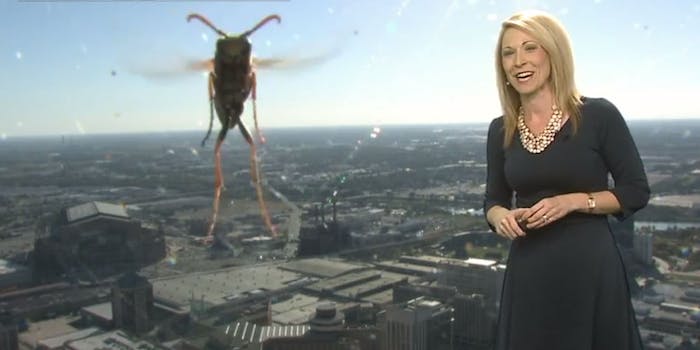 Bee careful out there.

Bees are normally a tiny menace, but when they fly close to a camera that is acting as a TV news station’s backdrop, they can appear quite terrifying.

Jennifer Ketchmark, a meteorologist with Fox 59 News in Indianapolis, was about to begin her weather report with a beauty shot of the city skyline. While there was already chatter in the studio of bees flying near the camera, nothing could prepare her for when one of those bees decided to seek its 15 seconds of fame, much to Ketchmark’s horror.

Her claims that “this is going to end up on a blooper reel” proved to be somewhat accurate: the YouTube video has over 15,000 views and has also made the rounds on Reddit.