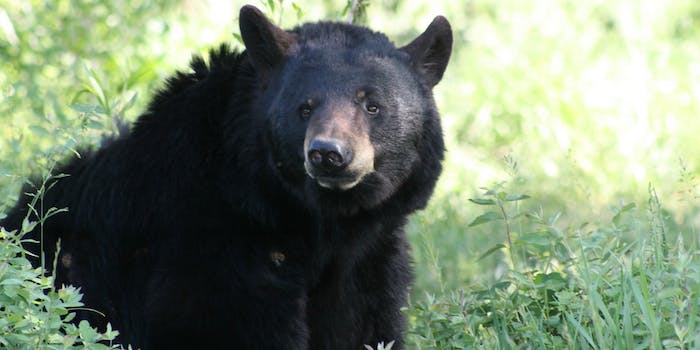 Some days you just get in over your head, and if anyone knows that, it’s this Pennsylvania black bear. While it doesn’t hail from the Hundred Acre Wood, this small bruin proves it’s equally as clumsy as its cartoon cousin, Winnie.

The animal, which has been spotted in Clarion County for more than a month, had somehow managed to fit itself with an unwanted bucket hat, and sadly not a denim one from the ‘90s, either. The unique topper earned the animal its own Facebook page, Save the Bucket Bear, dedicated to dislodging the pesky bucket from the bear’s head.

The page can shutter thanks to the work of a few brave volunteers, who tracked down the black bear after pleas to the local game commission went unanswered. With some brute strength and a few tools, the group was able to saw off the bucket from the animal’s head—with no injuries to the animal—in a matter of minutes.

If the Yogi Bears and the Winnie the Poohs don’t teach you anything, let this innocent little black bear be a warning: No food is worth permanent headgear.