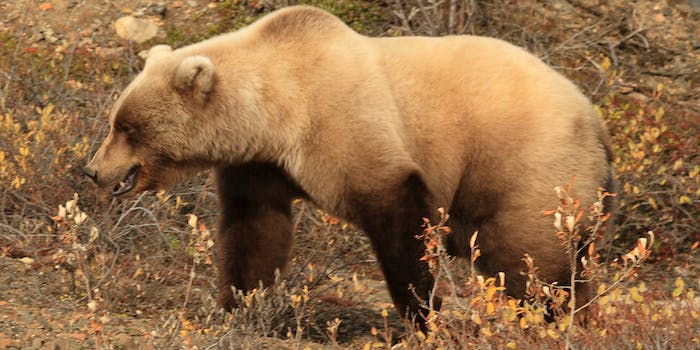 Bear saves a crow from drowning, and everything is OK in the world

Not since the Berenstain Bears have we learned this kind of compassion from grizzlies.

Usually when videos from the zoo go viral, they’re rarely for heartwarming reasons. But on a June day at a zoo in Budapest, rather than being treated to a gruesome display of how the food chain operates, patrons got a glimpse at the kind of animal compassion that inspired songs like “The Circle of Life.”

Things grew grim when a crow decided to take a dip in the deceivingly deep waters of a bear’s enclosure. The bird seemed to have been dealt a cruel hand as it faced the equally horrific fates of drowning or becoming an afternoon snack.

As the crow’s life hung in the balance, things took an unexpected turn towards Disney territory as the bear scooped in and rescued the crow from a watery grave. After pulling it safely to shore, the bear leaves its new friend to dry off and reel in shock from being inside the mouth of a grizzly and living to tell.

Walt Disney couldn’t have animated the moment better if it had been Baloo and Zazu instead.