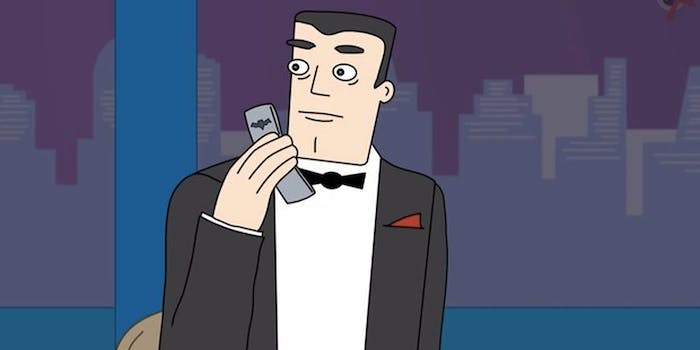 It's not so easy to be two people.

A new video from the demented and hilarious geniuses at Left Handed Radio, airing on YouTube’s Above Average comedy network, plays out like a slightly more plausible comic book about everyone’s favorite Dark Knight.

Bruce Wayne has a hot date, but she’s got a bone to pick with him: Why won’t he come out and admit he’s Batman? It’s not as though he’s a very convincing liar. Once he’s on the defensive, the fibs pile up and collapse under their own weight.

Not sure what I like more: that Wayne orders “bat-water,” or his general air of social panic. Would it have killed Christopher Nolan to include a scene like this, just to take the edge off?