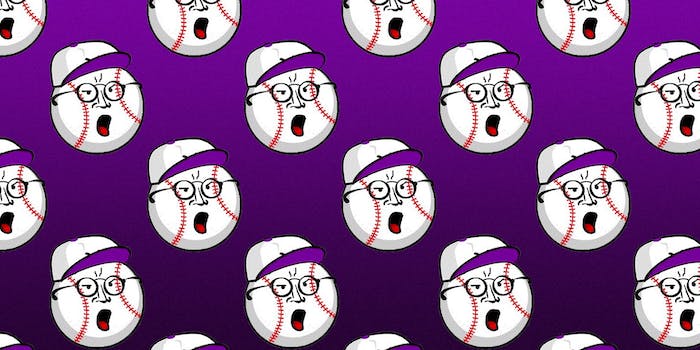 What is this image of a baseball with humanoid features, seemingly either crying out in agony or experiencing an intense orgasm as it breathes its dying breath? Why is it so gross? Why is it all over Twitter? What, my friends, is up with the Baseball Crank? 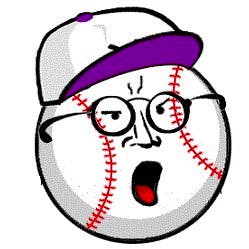 The meme sprung forth from the community around Chapo Trap House, the very funny podcast hosted by Felix Biederman, Will Menaker, and Matt Christman. The three are well-known personalities in the Venn diagram between Weird Twitter and Left Twitter, and they seized upon Baseball Crank’s frozen rage-face as political iconography.

Christman explained his fascination with the Baseball Crank on this week’s episode of Chapo.

“The baseball crank avatar … it’s just, the anguished rictus of the Republican anti-Trump people,” he said. “Whenever I see anybody bitching and moaning on the right about Trump’s ascendancy, I just imagine their face taking on that horrified Boschian nightmare agony of the Baseball Crank.

While he watches the Indiana primary results, Baseball Crank cranks it with a pure and hateful frenzy.

The real Baseball Crank, from whence the avatar came, is one Dan McLaughlin, who describes himself on Twitter as “Conservative Politics, Baseball, Law, Pop Culture. Lawyer, Mets fan, Editor at RedState.com. This is not my day job.”

His timeline reveals the exact caricature the Chapo guys are describing: an outraged, #NeverTrump conservative who feels shocked and betrayed by the Donald’s utter domination of his party’s primary elections. He has perhaps not reached the final stage of GOP Trump grief: acceptance.

For example, here is the Baseball Crank’s pinned tweet:

The podcast episode delves into his background a little more, but that should be enough context to get the joke.

So look, this is what people are doing with the Baseball Crank’s ghastly baseball face.

They’re inserting it into Goya’s “Saturn Devouring His Son”:

And, holy crap, they’re putting it on the two Lakers boys from the best GIF of all time:

Sure, combining it with another good meme is fine, too:

The nightmarish proliferation of Baseball Crank goes on, and on, and on:

And now that Trump has clinched the GOP nomination, Baseball Crank’s yowling countenance has never been more relevant. Enjoy the schadenfreude.